A little more on the Hugs --

March 26, 2013
I spent a loooong time this morning writing an email in German to a group of hobby genealogists (i.e. not professionals, just folks) in the area where the Hugs came from, Friesenheim, Heiligenzelle, Lahr, and so on.  It took me so long because 1)  I haven't used my German in many, many years, so I need a lot of help, and 2) when I try to get help from Google Translate, it isn't always as helpful as it could be.  I was looking up history on the St. Laurentius Catholic church in Friesenheim, and here's a sentence that they translated from German to English for me:

"The parish was created in 1892 out of the church community as a game store to community Friesenheim."

Huh?  The church was created as a game store?  I ran this through a great group of German translators -- it actually means "parish."

So . . . I found out a little bit more about Friesenheim, which is central to the Hug clan in southern Germany.  The town was founded by the Romans in 100AD, as they were building a road from Switzerland to Mainz, Germany.  I found some pictures on Picasaweb, taken by Susan Lorenz as she and her family explored their local history: 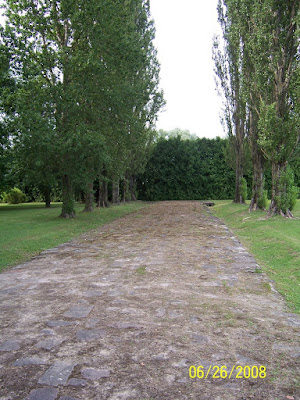 This is the Roman road.  Maybe Blasius and his little son Landolin walked on it?

Here is a reconstructed Temple to Diana that the Romans left behind: 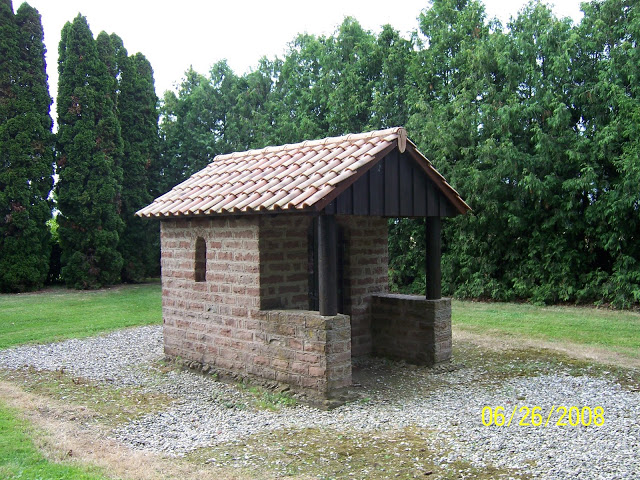 In 603, a monastery, the Schuttern Abbey, was founded at Friesenheim by a wandering Irish monk.  By 817, the monks handwrote the Schuttern Gospels manuscript (now in the British Museum) -- here's a page of that: 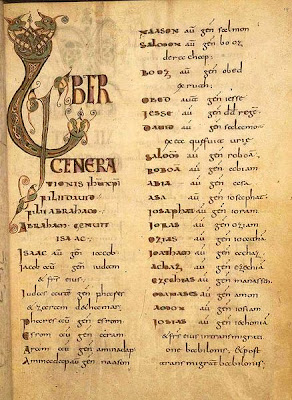 I also found something that was so interesting to me, because I have a long-time interest in Marie Antoinette -- on her way from Austria to France to marry Louis XVI, she stopped for the night at the Schuttern Abbey on May 6, 1770.  This was probably a big deal, right?  Blasius Hug would have been in his late 40's then, and maybe would have been among the crowd that greeted her?

[Slight detour on Marie Antoinette -- she was 13 at the time, and when she crossed from Germany into France they stopped on an island where she was passed from the Austrians to the French.  They would not allow her Austrian clothes into France, so she had to take off all her clothes (in front of all those men from both countries!) and ceremonially be dressed in French clothes.  They took away nearly everything she had brought with her, including her little dog, which left her heartbroken.  Maybe being a queen isn't that great, right?]

So back to Friesenheim and the St. Laurentius Church, where I started.  The church was built in 1476 but was destroyed by the "Great Fire of Friesenheim" in 1638.  Still, part of the 1476 foundation remains under the steeple.  The interior part, though, was built in the 1700's, just when our family lived there.  It's incredibly beautiful, from the Baroque age, and we can imagine our ancestors going to church there!  Here's what it looks like on the outside: 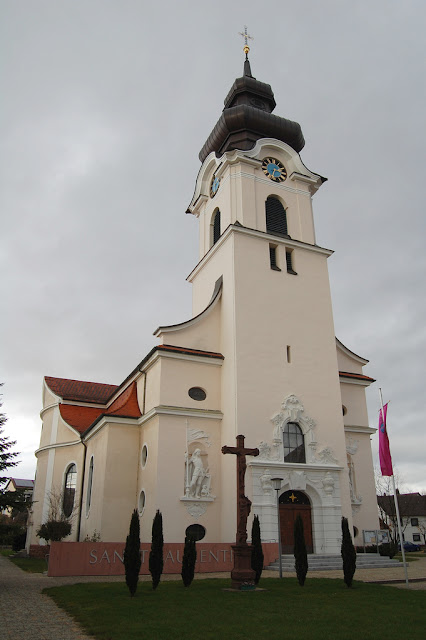 Here's a beautiful picture of the inside of the church, taken by the same photographer: 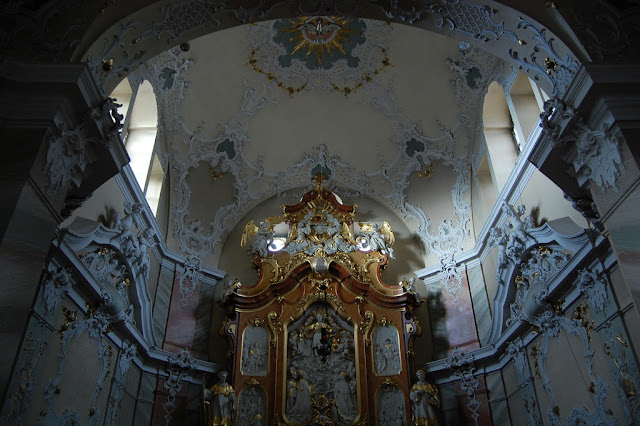 One more picture and I'll let you go: 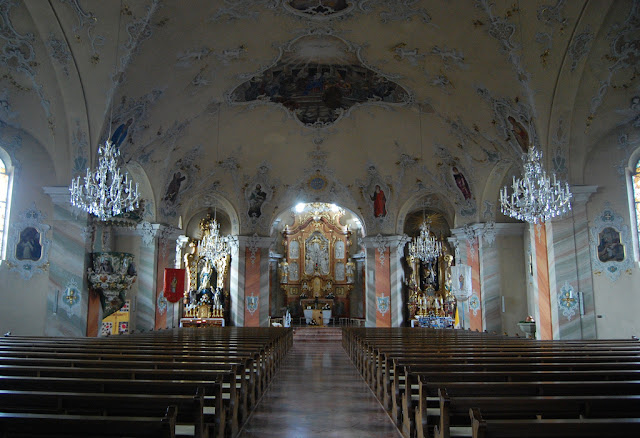 I would really like to go there, wouldn't you?  Maybe some day --