March 30, 2013
A while ago I mentioned that a friend in Germany was going to be translating a letter that Grandpa Berneburg gave to Grandma Sophie on the occasion of their 18th anniversary, the day before Grandma Walli's first birthday. 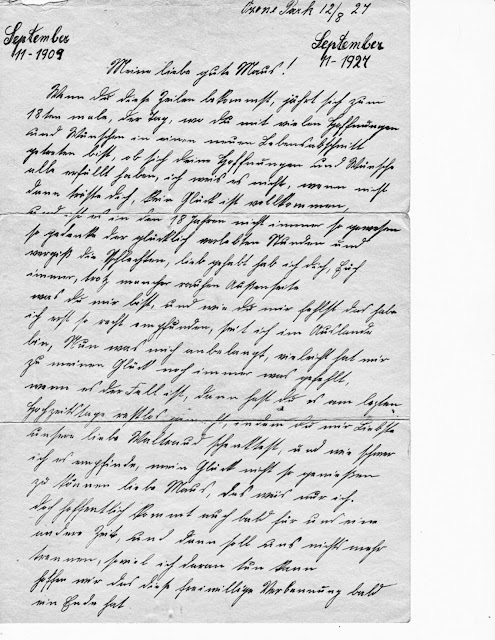 My friend Harriet, whom I taught with at San Francisco State, holds a Ph.D. in German and has moved to Germany -- she is working as a translator at a university in the former East Germany.  Because the handwriting in the letter is so difficult to understand, she has enlisted the help of two ladies:  her host mother from when she was studying in Germany and her mother's 77 year old friend.  Here they are working on reading the letter: 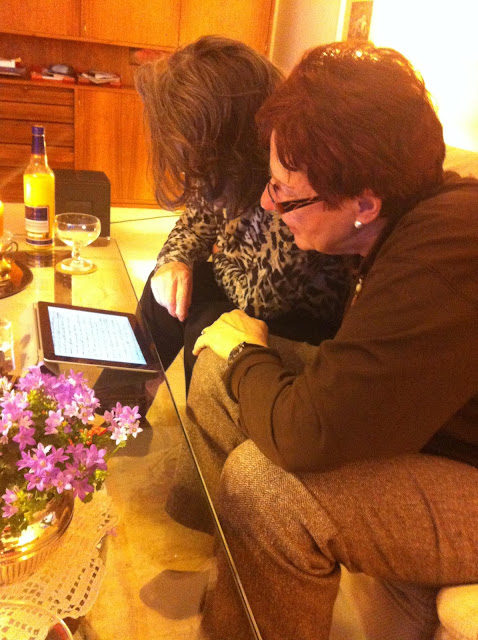 I'm excited to learn what it says.  I'll let you know as soon as I find out.
Berneburg family history blog genealogy blog