March 27, 2013
I'm very excited -- we have actual documentation of the Hugs in Heiligenzell!  I mentioned yesterday that I had sent an email to a group of genealogists in the Baden-Wuerttemberg area, and a nice man named Martin sent me some pages of a genealogy book taken from old church records.  And we're in there! 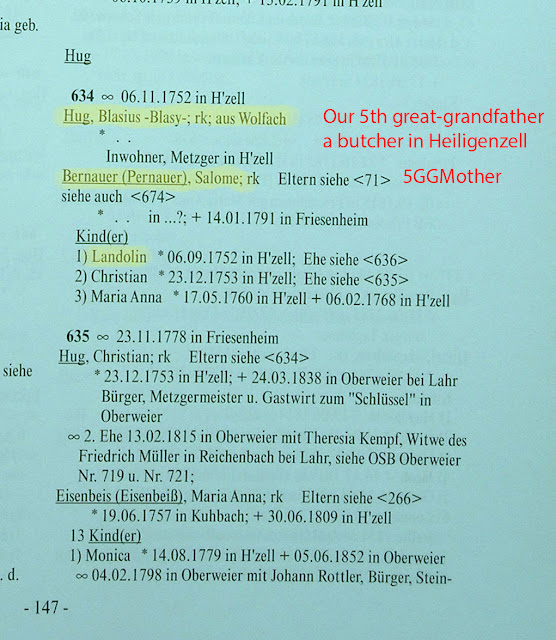 The birth date for Blasius Hug is not there, and I assume it's because of the notation that he was "aus Wolfach," which is a tiny town up in the Black Forest.  This book is only for Heiligenzell, and it's a  record of marriages.  So it says that on the 6th of November, 1752, Blasius and Salome Bernauer were married in Heiligenzell, and again, here is the documentation that Landolin, their son, was born two months before they were married, in September.  Interesting.

I looked for some pictures of Wolfach, and it looks really beautiful there -- I think it sits within the borders of a national park, though I'm not sure about that. Here's a pretty picture of the houses along the Wolf River: 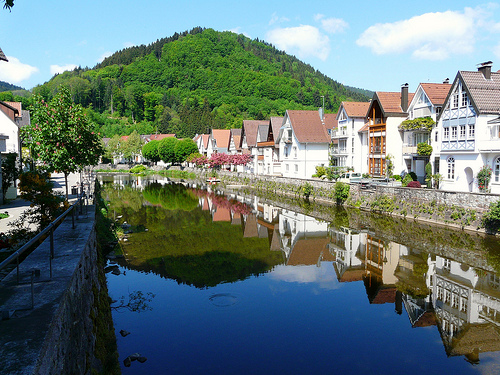 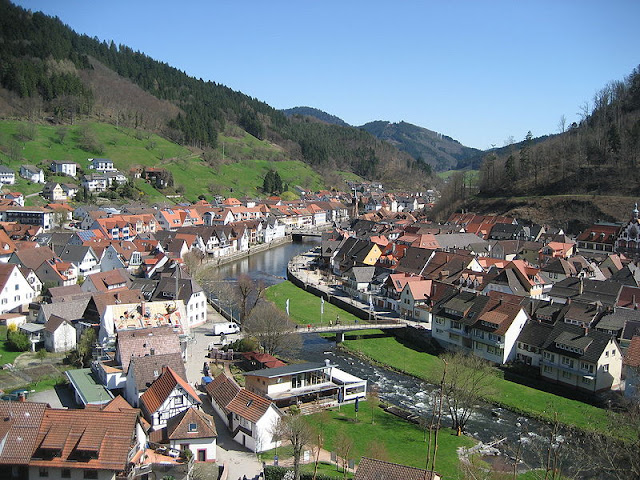 And here's a Black Forest picture -- I don't know whether this is around Wolfach, but I think it's beautiful: 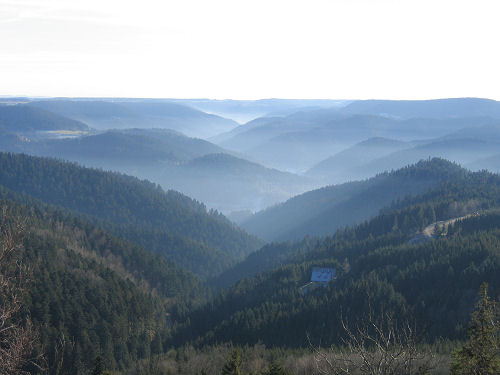 Wow.  I would love to have taken that picture (except I would have cropped out the white sky at the top).  And finally, here's a little video of Wolfach from YouTube:


I get so excited when I find these things, and I'm just thrilled to have the information from the actual book.  Here's the second page: 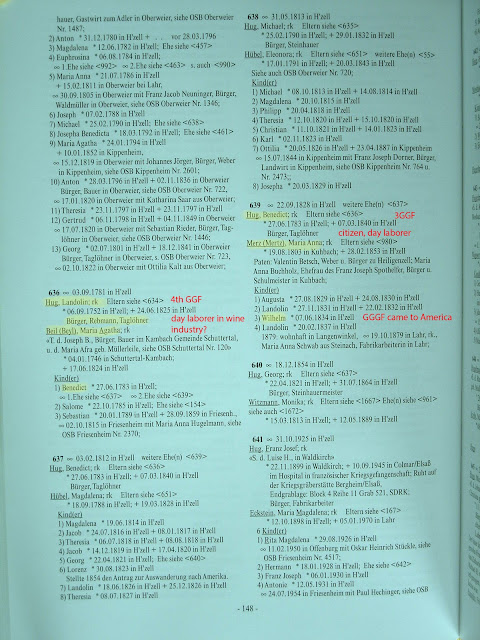 This page has information about Landolin Hug, his son Benedict, and EDC's great-great-great grandfather Wilhelm Hug, who is the one who came to America and who was the grandfather of our Grandma Mae Ortman.  Pretty cool, huh?

Now I will have to see if there's a way I can get copies of the records from Wolfach, where we should be back into the 1600's.  I wonder how people lived back then?  Maybe I should try to find out?

I'd love to hear what you think of this stuff -- is it interesting to anyone but me?  As our Grandma Sophie would have said, "I don't hear from you no more," and I would like to! :)
family history blog Friesenheim genealogy blog Heiligenzell Hug Wolfach