June 11, 2013
I got my results from 23andme about a week ago, and while the results are not quite finished, there's a wealth of information to digest.  It comes in several areas:  1) Health information; 2) matches with other members, and 3) a bit about nationalities, though that part isn't finished yet.

I didn't know whether I really wanted to do the health part, but now I'm glad I did.  There were only a couple of big surprises -- I guess I didn't need to do a DNA test to know that I have a somewhat elevated risk of heart disease or Type 2 diabetes, but a couple of things caused me concern.  I have to pay attention to my eyesight, because I'm at risk for macular degeneration, and it turns out I'm a carrier for one serious condition -- doesn't affect me, but I'll be talking to a couple of you about it.  But it's good to know these things, so you can actually do something about them.  I was worried about Alzheimer's, which you can't do anything about, but in fact I have a reduced risk for that -- yay!  Guess that Grandma Sophie and Uncle Eric living to a ripe old age with all their faculties intact counts for something.

I've already gotten in touch with a couple of people that our genetics says we are absolutely related to, although in a distant way; I heard from a nice woman named Karen who says we are absolutely related to her and her two sons.  I think, though, that I haven't gotten anywhere near enough in terms of finding our mutual ancestor -- it's probably some time in the 1600's, so I have to go back farther than I have.  A couple of other people are possibilities -- again, 3rd+ cousins, not the 2nd cousins (from siblings of Great-grandpa William J. Ortman Sr.) I'm hoping to find.

And the countries of origin is a pretty big surprise.  Where my first DNA test had a large part coming from the British Isles, this one is quite different:

This is where I'm supposed to match the gene sequences with people in those countries.  I have an idea of the progression, from the U4's back in Siberia, so I'll do another post on that soon.  Guatemala??

So Romania!!  Is it the land of Hotel Transylvania 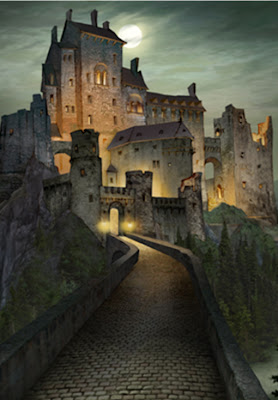 Or a more peaceful place? 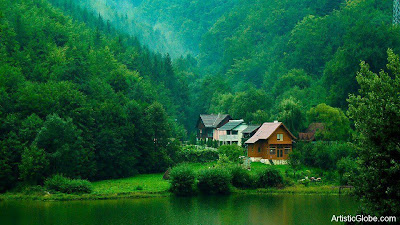