October 29, 2013
Hello everyone -- it's been a while since I last posted, right before my knee replacement surgery.  I've been coming along fine, but recovery (along with my participation in Open Studios a couple of weeks ago) has taken quite a bit of my attention, and it's only now that I can begin to go back to much more interesting things, like genealogy.

I'm going to try to make it up to everyone by posting something every day of November, as part of BlogHer's "NaBloPoMo" challenge.  They're offering prizes!  How can I not try for an iPod Mini?  Let's see, where did we leave off? 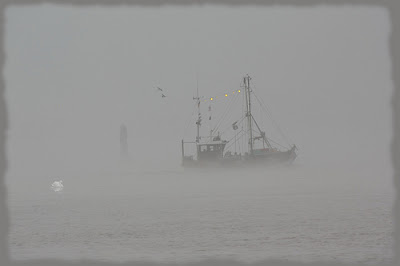 
The Ortmann clan in Erkeln, Germany, is beginning to fill in, with the descendants of Stephan Hermann Ortmann, the brother of EDC's great-grandfather, Joseph Ortmann.  I won't go into details about them, in order to protect their privacy, but we do have quite a few relatives in that little town!  I'm hoping to hear back from some of them soon with more information.

I've also been working on translating minutes from the Erkeln town council from the 1850's, a council that included our great-great grandfather Conrad Ortmann as a member.  Most of the council's actions have to do with people who aren't paying their taxes and setting deadlines by which those taxes have to be paid, but one entry is a little more interesting.  Because my German is more than a little rusty, I have to start by putting the passage into a translator, and here's what comes out:

"The municipal executive was presented for purchase of the delivery to the Royal magazine to Paderborn and Brakel, as well as for Royal Service horses which had to be stopped also by the hazy community Fourasch of oats, hay and straw. After due deliberation decided that all deliveries and Fourasch for the Royal Service horses which are quartered in the local community, the oats, hay and straw from head bakery should be purchased."

Okay!  As you can see, I have a little more work to do on this to figure out what it's about, beyond having something to do with quartering Royal Service horses.  I'll keep working on it.  :) 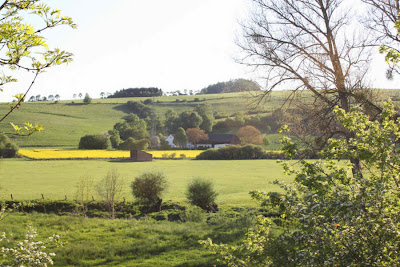 A view of Erkeln, from Oliver Wulff on flickr

I'll stop for today, and leave something for tomorrow!  My goal is to post a little something every day.  It will be challenging, because we'll be in England at the end of the month, but I'm going to try!
Bremerhaven Erkeln family history family history blog Ortmann