November 02, 2013
A while back, a very nice woman who lives near York, England, contacted me to see if I knew anything about someone named Constantine Hug, who was born in Baden, Germany and who emigrated to Wales in the mid-1800's.

I have many Hugs in the family tree, as you will know from previous posts, but when I looked, I saw no one with the name of Constantine.  I checked on Ancestry.com and MyHeritage.com, and the only thing I came up with was a Konstantine Hug who was born in Nonnenbach, Germany, in 1831.  It says his parents were Sebastian Hug and Maria Dorer, and while I have several Sebastians in the family tree, I can't see where this Konstantine would fit in, especially since Nonnenbach is about 120 miles away from where the Hugs are centered in Heiligenzell or Lahr.  I sent the information along, nevertheless. 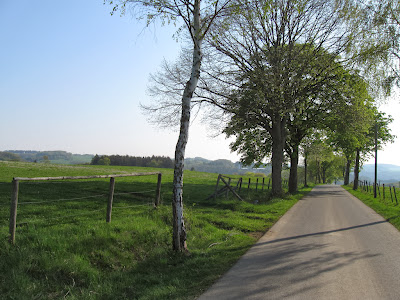 Nonnenbach is a small town on the border of Germany and Switzerland, a couple of miles from the Bodensee, a large lake.  In Wales, where Constantine emigrated, it was believed he was Swiss, and he certainly could have been -- or perhaps by WWI it was better to say he was Swiss than that he was German, in a time when Germans were not all that popular.

So, after fitting other pieces of the puzzle together, including Constantine's marriage certificate from Merthyr, Wales, we finally figured out that Constantine is the son of the brother of our great-great-great grandfather, Benedict Hug, and we have the same 4th and 5th great grandfathers, Landolin and Blasius Hug.  So there's the connection.

The place in Wales that Constantine emigrated to, Merthyr Tydfil, had long been an iron-mining town, and conditions were very difficult for the thousands of miners that had been living and working there.  Here's a view of their houses, in the early 1800's, in a part of town called "Little Hell": 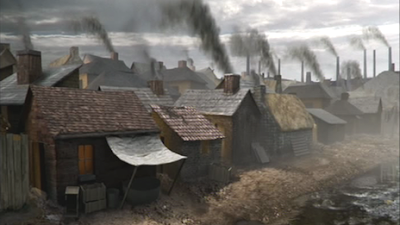 By the later 1800's, when Constantine got there, conditions were somewhat better, but the town still mined coal and had been a very industrial place for many years.  His shop likely would have been somewhere on the High Street --

Evidently H. Samuel Jeweler was a prominent business in town, so I wonder whether Constantine or one of his sons might have worked there, as a watch maker?

I wonder what brought Constantine to Wales?  And I wonder whether, having made his home in that very industrial place, whether he ever longed for the beauty of the Black Forest that he had left behind, a place so green, with water running everywhere? 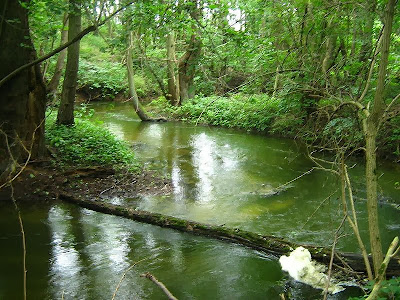 And a mystery, a little farther back, as to how Constantine's father, Sebastian, got from Heiligenzell, where he was born, to Nonnenbach, where Constantine and his brothers were born, then back to Friesenheim (the old neighborhood), where he died at the ripe old age of 70?  Was he a journeyman too, who wound up 120 miles from home and stayed there?  We'll have to investigate this one a little further.