January 04, 2014
I read an interesting article today in the Huffington Post about an archaeological find -- about 600 graves, many of which contain two skeletons, embracing (another article is here).  What interests me is that the find is near Novosibirsk, Siberia, just north of Altai Krai, where our U4 group turned northward (see this post on Siberia for a refresher).  While they can distinguish male from female, and adult from child, they are going to use paleogenetics to do DNA testing on the skeletons, to see what their kinship is -- are they parent and child, husband and wife, brother and sister, or . . . ?  I will keep an eye on this story as it develops, because I am very interested in the results of the DNA analysis -- most of all, are they U4's? 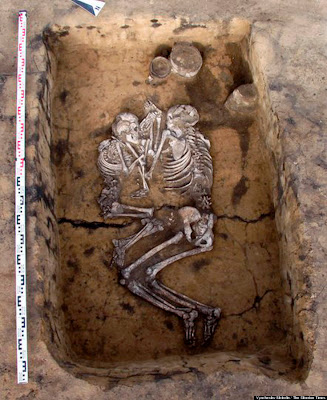 My friend, Dawn Terrell, also writes an ancestry blog, Answering the Ancestors' Call, and her most recent post considers the connections between DNA and ancestral affinities -- that is, are we drawn to a particular culture or nation because of our genealogical history?  This idea intrigues me, and I started to think about some of the places and cultures I'm drawn to.  In Europe, it's Germany (of course), Italy, France, and England, but other countries -- Spain and Portugal, Scandinavia, the Netherlands, etc. -- not so much.  And while I (we) have a lot of connections in different places, the major ones are Germany, England, France and Italy -- interesting, no?  But the one that really intrigues me is that I have always, always been drawn to Russia in general, and Siberia in particular, and that is an old, prehistoric DNA connection.  I've read a number of books about Russia and Siberia, I love to look at photographs from there, and I long to visit places like Lake Baikal.  It's one of the oldest lakes on the planet (25 million years!) and contains 20% of the fresh water on Earth. 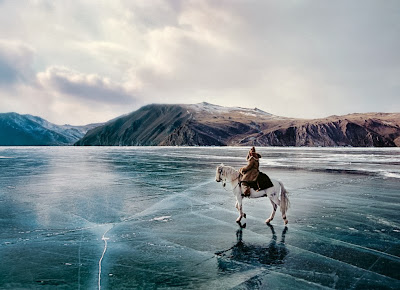 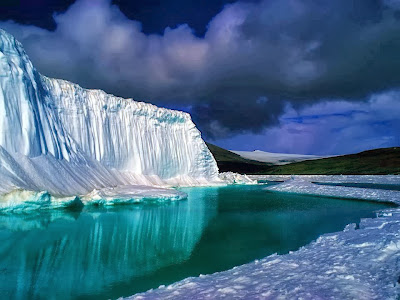 Lake Baikal has something called "turquoise ice" -- in March the ice crust cracks and blocks heave up that are a beautiful turquoise color: 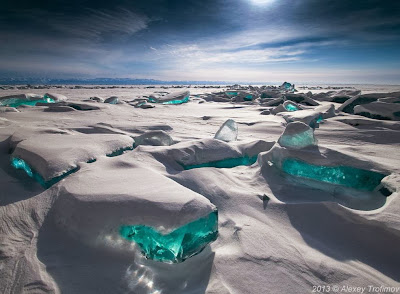 Now, come on, am I the only one that would like to see that?  Oh, and it's also beautiful in the summer, too.

So here's the question -- a bunch of us share the same DNA -- am I the only one who has these longings?  Let me know!