January 06, 2014
So on to more frustration with the Berneburg/Langers.  Let's think about EDCM's great-grandmother, Christiane Wilhelmine Luise Schulze (Grandma Sophie's mother).  I've had no success in searching for her name, no birth records, death records, and so on.  From the history my aunt wrote, Wilhelmine (as she was known), was born in Bremen, Germany, on December 25, 1859.  She was one of five children, two of whom died as infants, leaving three sisters:  Marie, Sophie, and Wilhelmine.

Even though there seem to be records from Bremen in the database -- it comes up with quite a few possibilities -- I can't see that any of them could be her (though I rejected a possibility for Joseph Ortmann that then turned out to be true).  None of them has a birthdate of Dec. 25, which would kind of jump out at you.

One of the problems is the name:  Schulze.  It's a common name, as you can see in this map of where the name comes up: 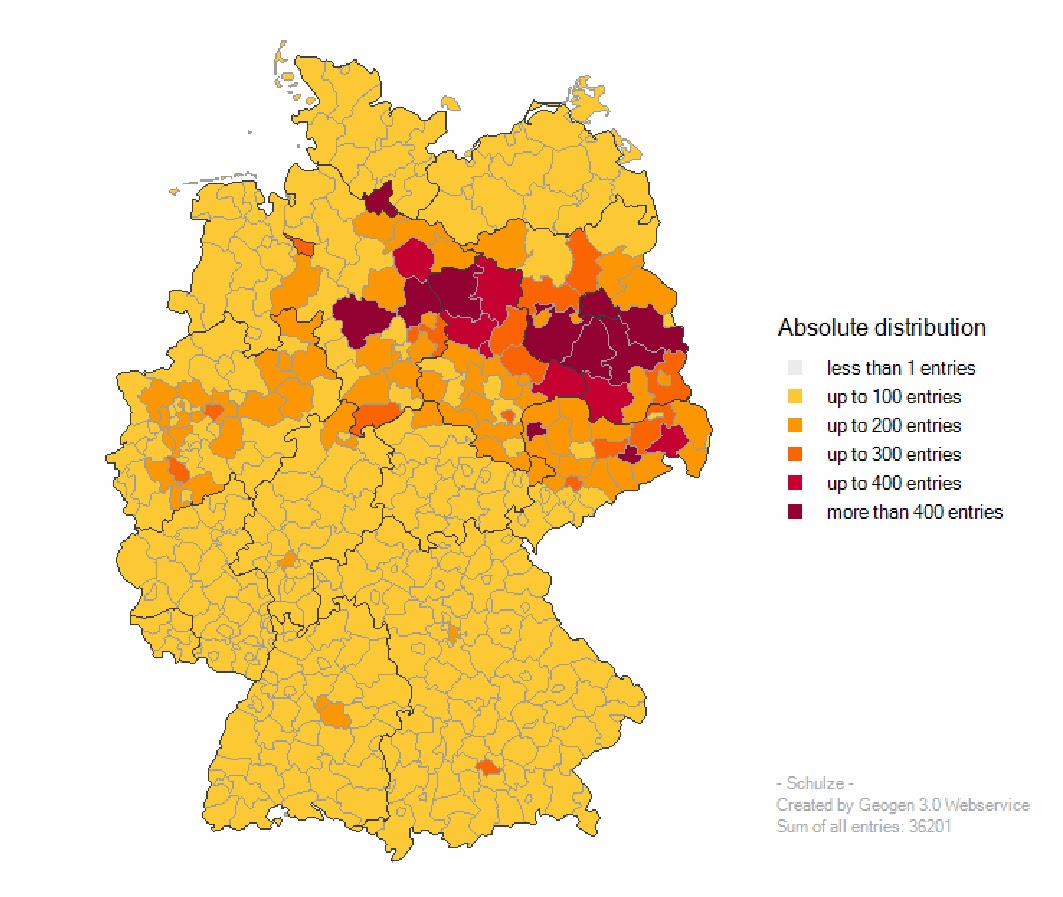 And if you add in the spelling variants -- Schulz, Schultz, Schultze, Schult, Schulte, and so on -- it seems as if every other person in Germany has that name.

I've also searched on Wilhelmine's sisters, Marie and Sophie, and come up with nothing so far, even though I know the names of Sophie's husband and children.  So I started thinking about the names.

When you look at the names of Wilhelmine's sisters, it's interesting -- Grandma's full name was Sophie Bertha Marie, and Wilhelmine's two sisters were Sophie and Marie.  (It seems like she felt she needed to load Grandma up with all the names -- )  I wonder where the Bertha came from; could it have been Wilhelmine's mother?  The woman we were wondering about in the photograph we looked at? 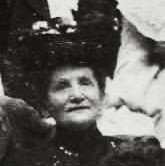 Was her name Bertha?  I searched for that name -- and found that if Schulze was common, Bertha Schulze was common  as well.  I'll pursue it further, and see if I can come up with a connection.  And now I think we can identify the three middle-aged women as Wilhelmine, Sophie, and Marie Schulze:

I hope this is right -- but can I ever really know?  We'll see.
Berneburg family history genealogy Langer Schulze