January 29, 2014
Well, how things can change in one little day -- first I woke up this morning thrilled to discover the birthplace of my great-grandfather, and very shortly thereafter, I learned something disturbing about the circumstances of his death.

I belong to a group on facebook that is made up of people interested in family history in Lower Saxony (Niedersachsen).  I joined because Grandpa Gustav Berneburg was born in that region, in Hannover, and I mentioned the other day that someone is helping me look for records there.  But since Goettingen, where Max Langer's death notice came from, is also in Lower Saxony, I was so excited with that news that I posted something about it to the group and included a link to the story on this blog.

I was startled, to say the least, when a very short while later a group member (a very, very nice and knowledgeable man) came back with a full translation of that very-difficult-to-read document.  Brace yourself, because the news is a little shocking.  Here is his translation (I've reorganized the words in English a little bit):

"Göttingen, January 31 1896. To the Registrar signed below was sent by the Board of the District-Lunatic Asylum in Göttingen the following written report:

"Maximilian Joseph Langer, labourer, 55 years 6 months 8 days old; Catholic religion; residing in Geestemünde, Lehrer Chaussee Nr. 92 (42?); born in Oberglogau in the province of Silesia on the 21st July 1840; married to Wilhelmine, nee Schulze, of Geestemünde, son of the Oberglogau couple (deceased), master weaver Anton Langer and Barbara, nee Kura; died in the District-Lunatic Asylum in Göttingen at the twenty-ninth January of the year 1896 at two o´clock past midday.  The Registrar Borhut"

Wow.  I was really taken aback by this and have been thinking about it all day.  My cousin and I were only recently talking about family secrets and how important it seemed to the older generation to keep them -- someone who drank a bit too much, a baby born a little too early -- but someone dying in a lunatic asylum is a very big secret, isn't it?  I never heard a hint of such a thing.

Of course, I'm trying to imagine why he was there, but that's not what's really bothering me -- it's imagining someone I'm related to living in that kind of facility in the late 1800's.  My very brief research today told me that for psychiatry, it was a time of "enlightenment"; in the modern facilities, the chains were removed from patients, the bars from windows, and so on.  I believe this . . . hospital . . . was affiliated with a university, so I'm hoping that it was a modern facility following the new philosophies.  But still . . .

The man who gifted us with the translation suggests that this might be the building itself: 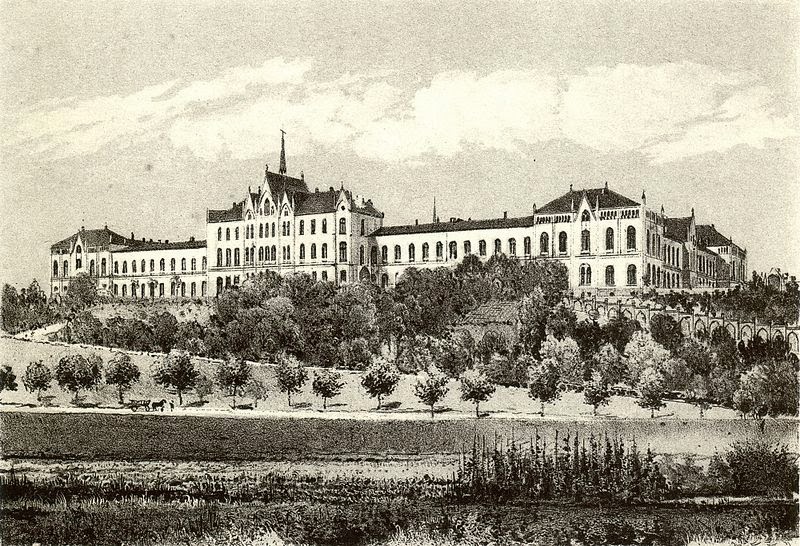 The mystery still remains, why there?  The document gives his address as Bremerhaven, which was 180 miles away from Goettingen -- wasn't there a facility near home he could have gone to?  They were far from wealthy people; surely they couldn't have paid for expensive treatment.  I wonder if we'll ever know.

On a brighter note, I did a quick search for Anton Langer and found these two possibilities, both of which are in the right time frame 23 years or so before Max was born:

Do we have the names of EDC's great-great-great grandparents here?  I'll follow up.  They seem like real possibilities, because Neisse, or Nysa, is only 30 miles or so from Oberglogau (Glogowek): 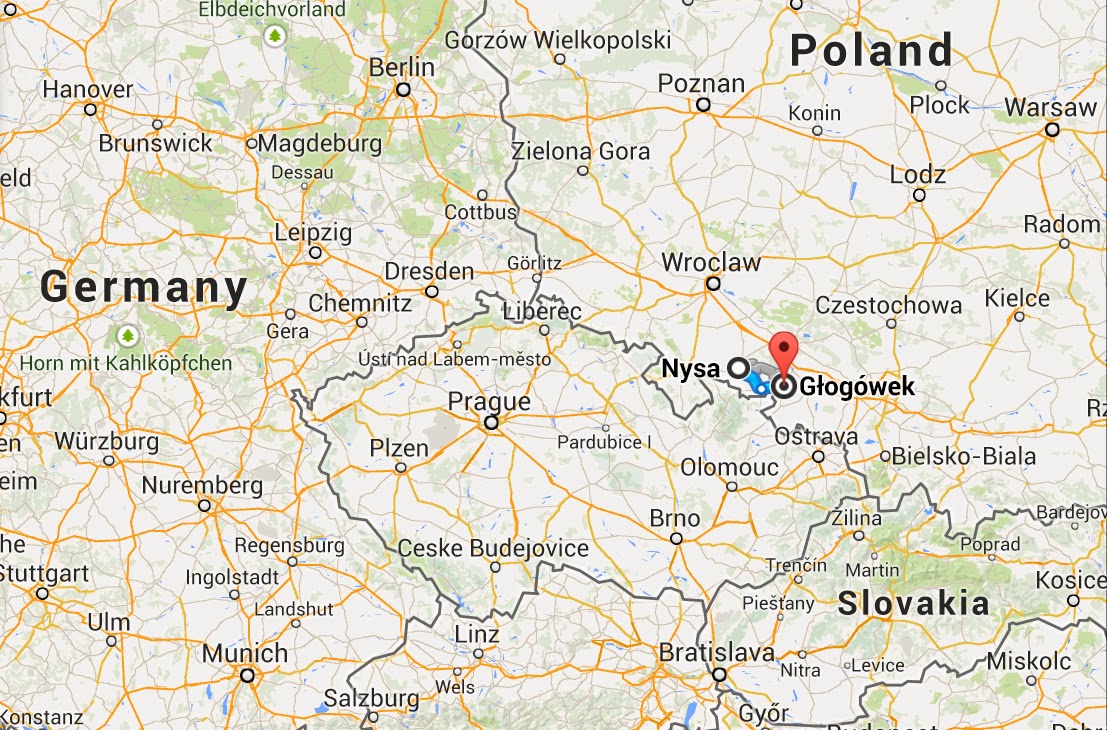