February 15, 2014
Now that school has started again, I have much less time for genealogy, but I'm plugging along.  I found and ordered two small books:  one is an 1890 history of the "lunatic asylum" at Goettingen, written by the man who was the director for many years, including the time that great-grandfather Max Langer was there, and the other is a book on a weaver's revolt in Silesia (remember that Max Langer's father was a master weaver in Niesse).

I've started reading the asylum history in the chapter that seems to be most about the way that patients were treated.  I'm very relieved to learn that Ludwig Meyer, the director of the institution, was a major figure in the enlightened treatment of the mentally ill, very well-known in the late 1800's.  He was a professor of psychiatry at the University of Goettingen (which the asylum was attached to), and from what I've read so far, he advocated treating the mentally ill with dignity, preserving their essential humanity, and insisted that the other doctors and staff follow that philosophy.  He wanted them to have "home-like" care, and said that in no way should the institution resemble a prison or have threatening objects or equipment around to frighten the patients.  Because of this type of care, they were able to keep conflicts among the patients to a minimum, with few fights or injuries ever happening. 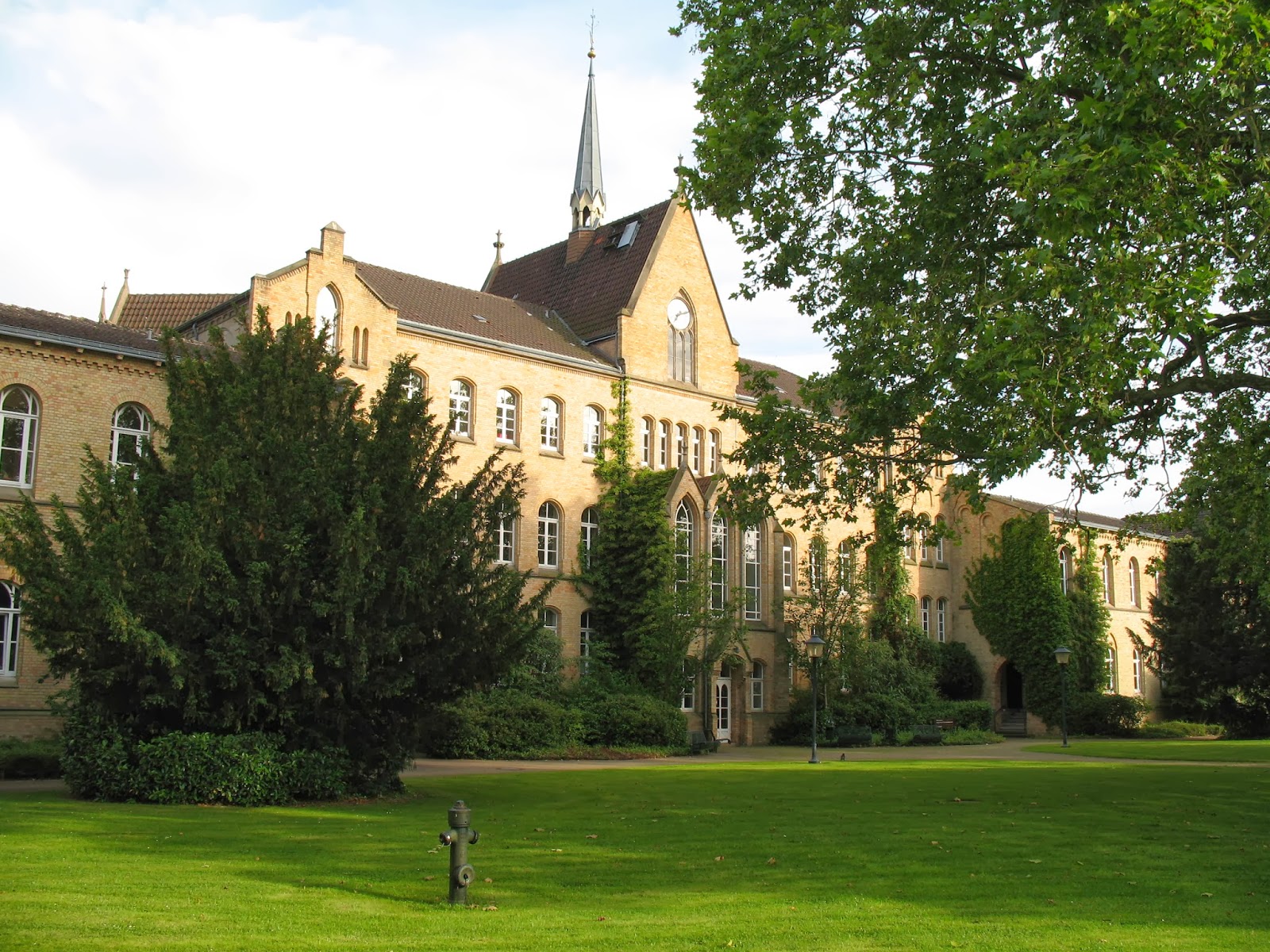 This is the asylum, as it looks today.

That's as far as I've gotten, but I'm very happy that my initial image of a Bedlam-type place with screaming lunatics chained to the walls has been replaced by an institution that might seem enlightened even by the later-20th Century's standards.  The question still remains, though, as to why he was there and how it came to be that he was hospitalized at a university-affiliated institution 180 miles from where he lived.  Since the family certainly could not have afforded to pay for expensive care so far from home, I wonder whether his illness, whatever it was, was unusual enough to be of interest at a university-affiliated hospital.  I just don't know, but I've taken a chance and emailed the information desk at the University Medical School at Goettingen library to ask whether there are historical records from the asylum that might have more information.  We'll see if I get anywhere with that.  I have to say that the translation part of it is very slow going!

Knowing that Max's father was a master weaver in Silesia has led me into some very interesting history.  Anton, Max's father, was likely born around 1816 or 1817 (I've found two records that could be his), and so would have been about 28 or so in 1844, when there was a "Weber-Aufstand," or revolt by the weavers in Silesia.  This is quite a famous historical event in Germany but also in the history of labor, because it was one of the first times in history that workers revolted against the owners and ruling class.  It took place only over a couple of days, and it was maybe 100 miles from where Anton lived, but it was such a big event that there were songs, plays, poems, and paintings created to commemorate it.  Here's a picture from the German painter Kaethe Kollwitz, called "Need" -- 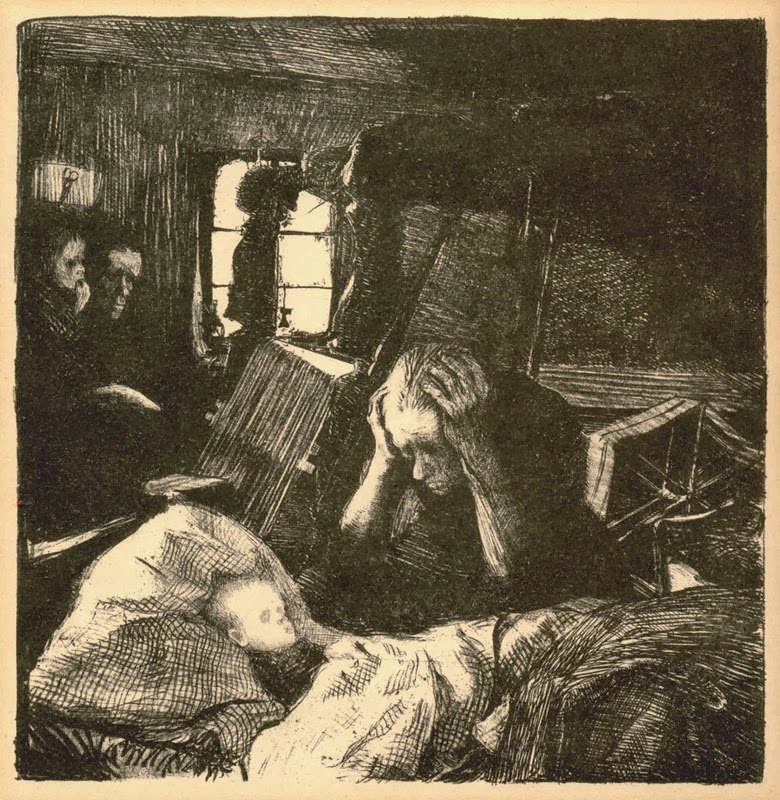 Kaethe Kollwitz, "Need" -- the home of a Silesian weaver

What does this have to do with Anton Langer?  I don't know exactly at this point (and maybe we'll never know), but I think the history is fascinating, and he lived in that time and place and so shared that history.  As a master weaver, he may have been better off than the more lowly workers, but that's what I'm hoping to find out from the book I got.

The wonderful man who translated Max's death certificate for me is also helping me to find information on his wife (EDCM's great-grandmother), Wilhelmine Schulze.  I have information that she was born in Bremen, but Matthias says that her name, "Schulze," indicates that her family had originated someplace else.  The name means "mayor" or "magistrate," but that word was used in eastern Germany, not the north where Bremen is (their word was "Burmeister" instead).  So her family could possibly have originated in the same area as Max's, and I wonder whether his family left Silesia because of the awful conditions, and Max and Wilhelmine met because their families were from the same region?  Possible??