June 17, 2014
The German Genealogy facebook page member that offered to look up historical records in Würzburg found a record of George Siegler's birth, and much more!

George Siegler was Grandma Ortman's father.  He came to the U.S. when he was in his teens, somewhere around 1884 or 1885 it seems (though I haven't quite nailed down the record), became a citizen in 1891, married Mathilda Hug in 1894, and had three children -- Mary (Grandma O), Nicholas (who died early), and Dorothy, many years later.  He worked as a barber, worked into his 60's, and lived to the ripe old age of 74.

But where did he come from?  The only information I had was that he was from Lohr, Germany, but I couldn't find any further records.

Well, our angel found several important records and has sent me translations (copies of the documents will follow). 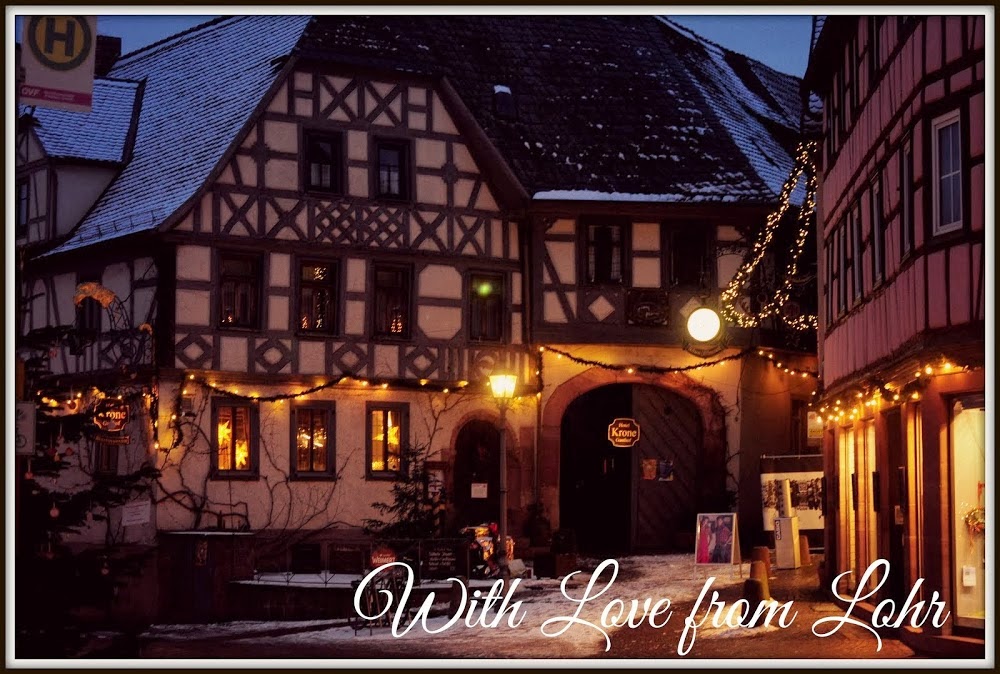 The information is probably way more interesting to me than to everyone else, so I'll show you a pedigree: 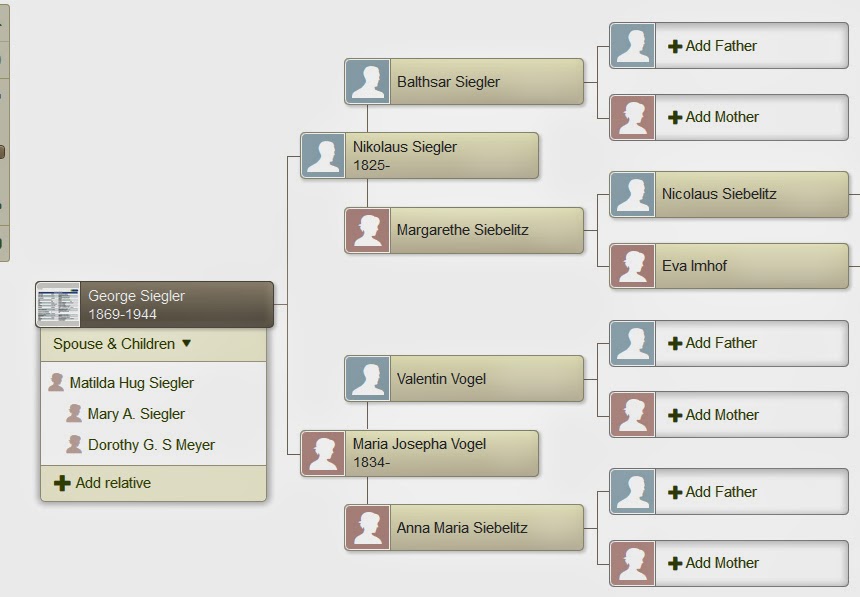 So here we have not only George's parents (Nicholas Siegler and Maria Josepha Vogel), but his two sets of grandparents (Balthasar Siegler and Margarethe Sieblitz and Valentin Vogel and Anna Marie Sieblitz) and one set of great-grandparents, )Nicolaus Sieblitz and Eva Imhof).  I don't have the dates yet, but we're definitely into the 1700's here. 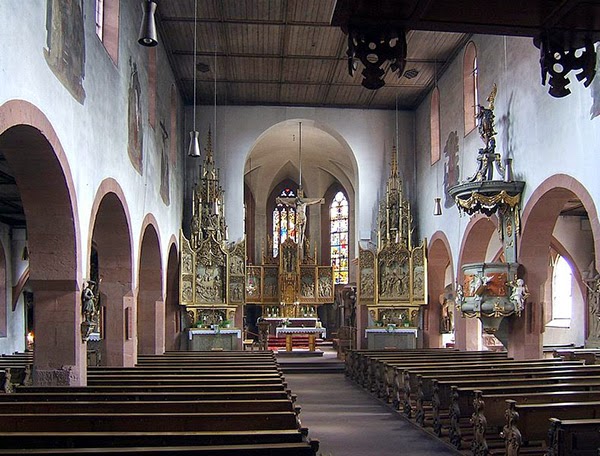 I hope to find out more about these people -- at this point, I know that Nikolaus Siegler was a stone mason, as was Valentin Vogel.  I will keep searching!