June 15, 2014
I've been wanting to write about my dad for a while, and I won't be able to write as long a post as I'd like to today, but I want to write something.

My dad was a talented little kid who by the time he was five years old was performing in vaudeville in New York City, as "Little Billy Ortman."  He performed in a top hat and tails, and my grandmother said he would sit on a box backstage and as the chorus girls were going by, tap each one on the behind with his cane.  He went on to perform on the radio in programs like "Let's Pretend," and a soap opera called "Dusty" (he was Dusty).  At the height of the Depression, I'm sure he was bringing a significant amount of income to his blue-collar family. 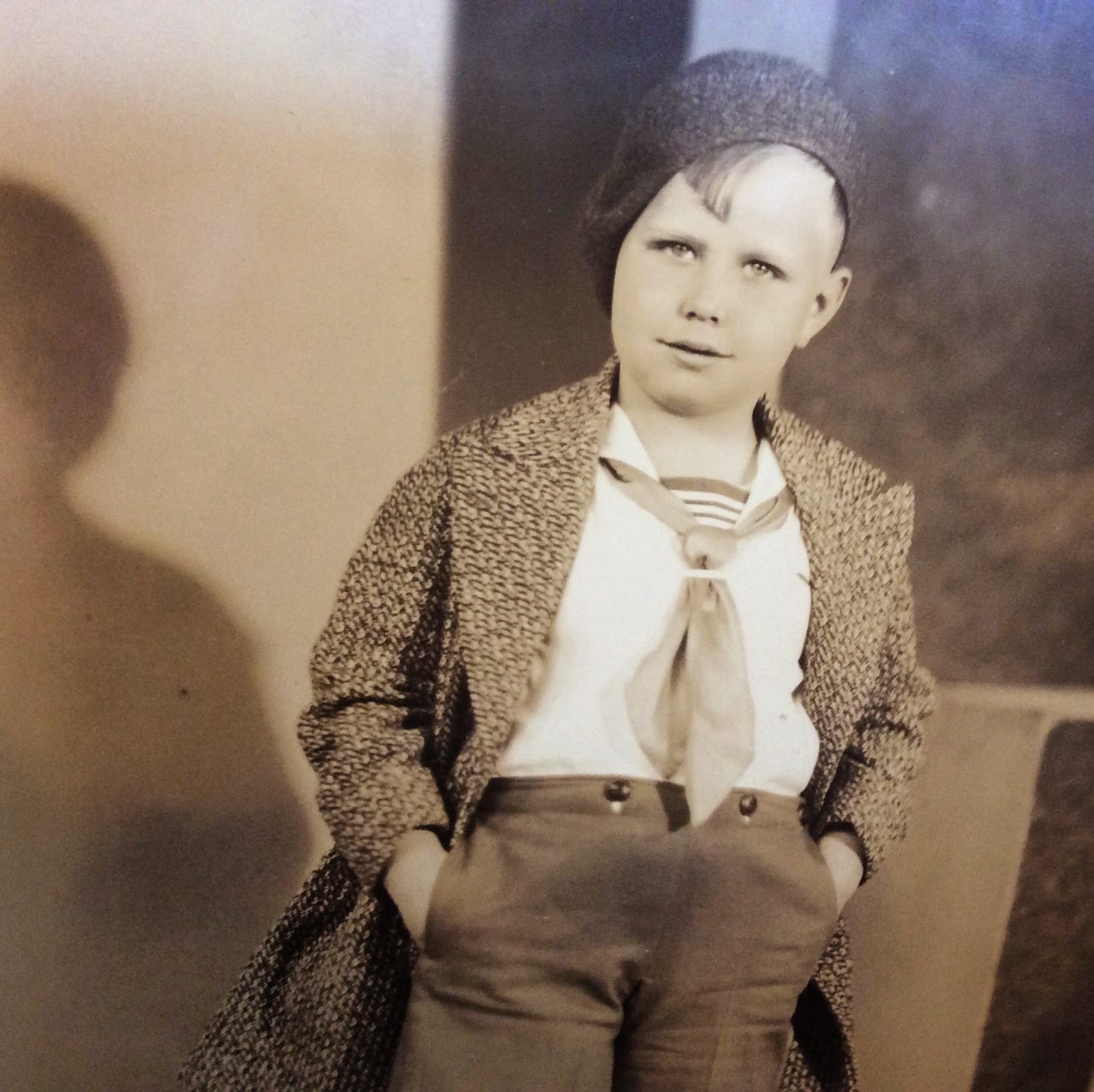 By the time he was in junior high, he was only going to school half-days because he was working so much (and he was smart enough to do well only going half-time).  He continued his theatrical life until he joined the Army at age 17 to serve in WWII (he taught men how to drive tanks at Ft. Knox).

After the war, life went on.  He attended a bit of college but then entered the business world, working for many years for Minneapolis Honeywell.  He married my mom, had three kids, and moved to the suburbs.

But the theatrical bug was still with him, and for many years he performed in community theater, the Minneapolis Repertory Theater, and musical dinner theater (he sang like an angel).  He'd finish his workday, eat a quick dinner, and take off for rehearsal or performance.  I spent many, many nights seeing him perform, in Cat on a Hot Tin Roof, Rhinoceros, A Funny Thing Happened on the Way to the Forum, on and on.  Here he is as Captain von Trapp in The Sound of Music. 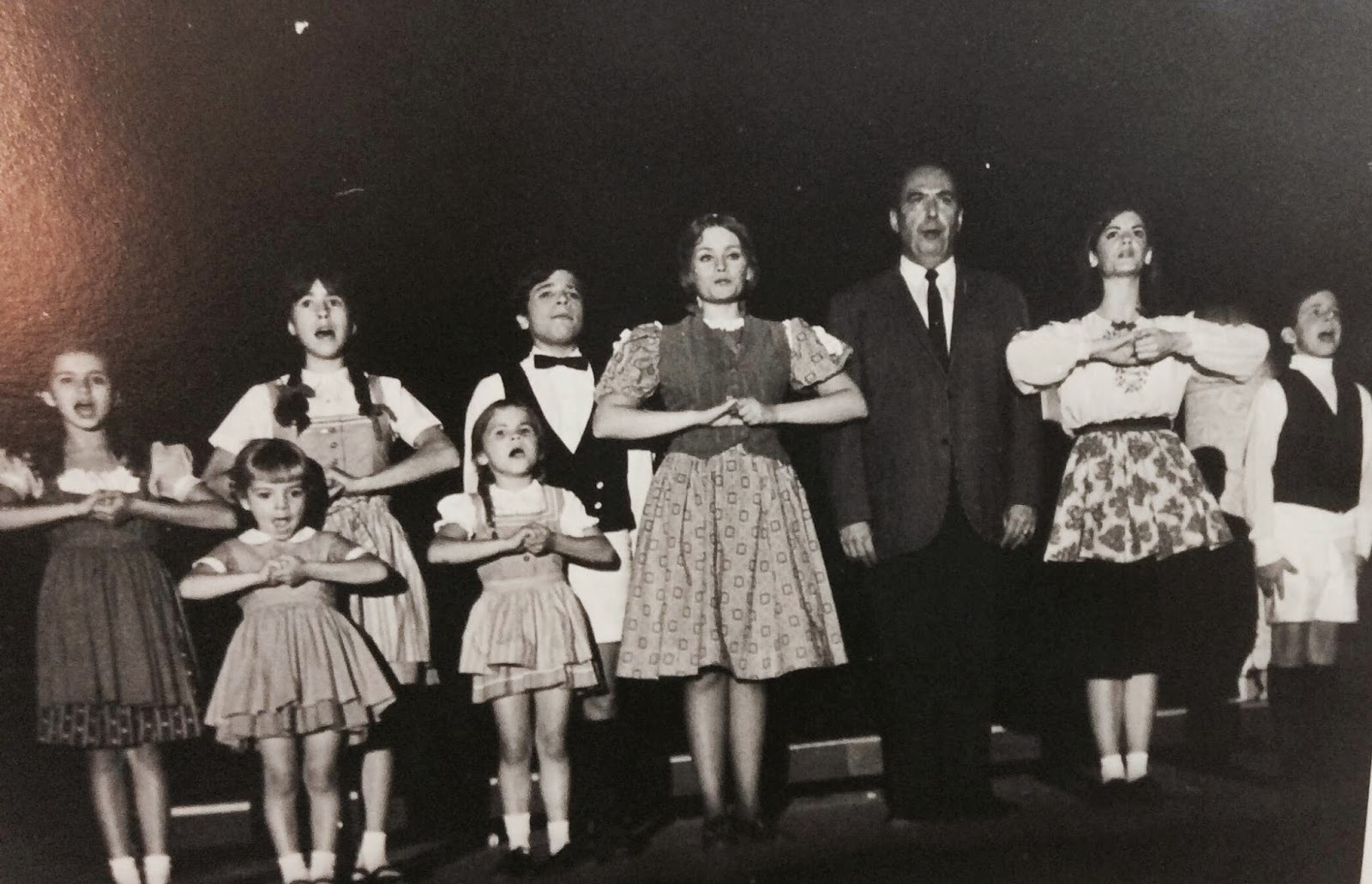 Guess what they're singing! *

I loved many of the shows he was in, but my favorite was Threepenny Opera, in which my dad played Mr. Peachum -- twice, in two different productions, with his dear friend, Grace Keagy.  I love everything about that show, especially the music, and Dad and Grace were wonderful. 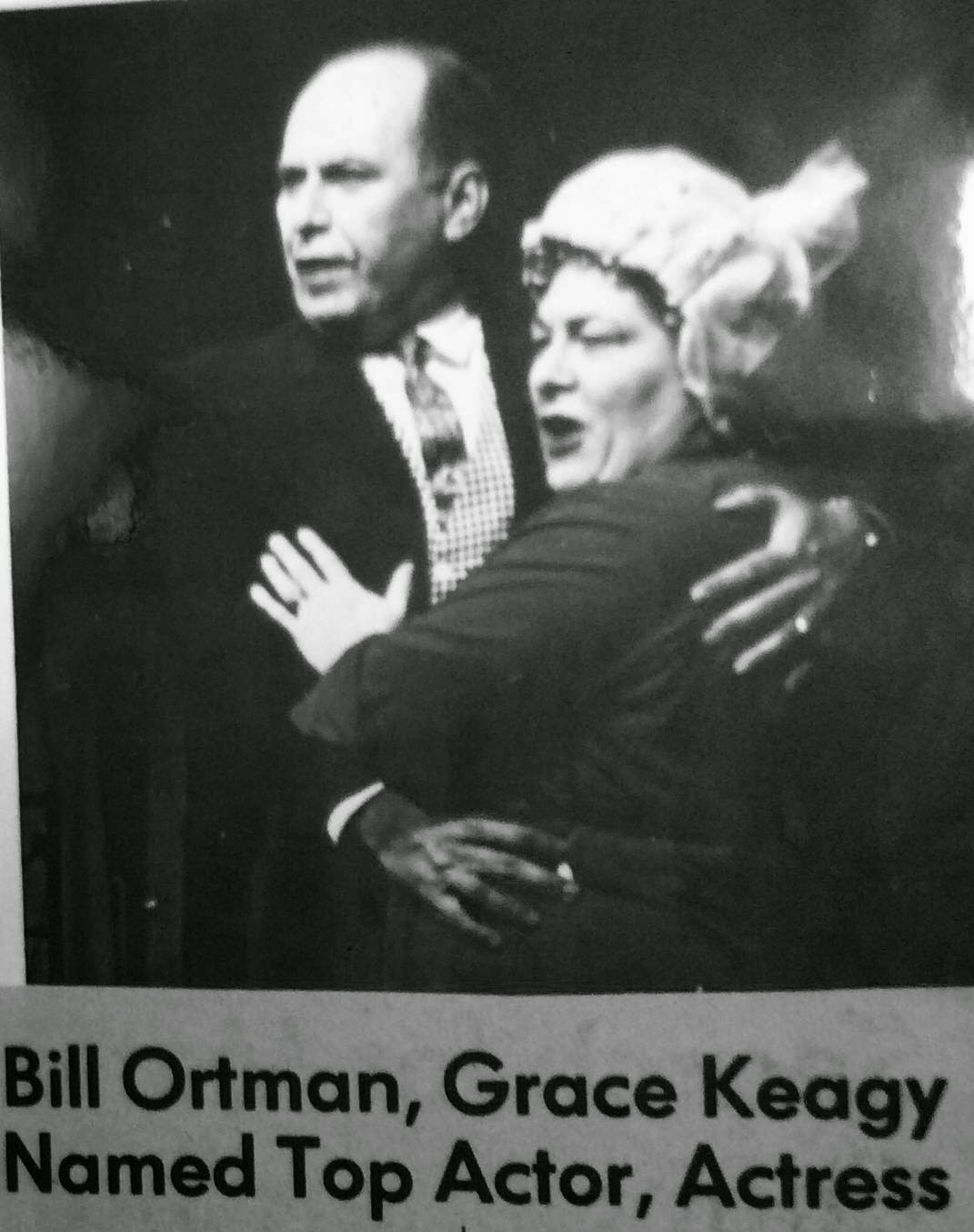 One of my happiest times was taking my son, Devin, to see Threepenny Opera when he was maybe 12 or so -- although he grew very annoyed when for the tenth time I whispered, "That was Grandpa!!"

Over the years, of course, there were funny stories about things that happened while he was performing.  One Good Friday, while he was singing the part of Jesus in The Seven Last Words of Christ in church, my brother, age 3, turned around in the pew, pointed at the choir loft, and said (loudly), "That's my dad!!" But  my favorite occurred when Dad was playing the padre in Man of La Mancha.  As he was singing "To Each His Dulcinea," a bug flew into his mouth.  Being the trouper he was, he swallowed and kept going.  But as soon as he got off stage, he picked up an entire pitcher of water and drank and drank . . .

Happy Father's Day, Dad.  We'll never forget the times you made us laugh until our sides split, or the times we sat in church listening to you sing, or the times you played "Tenderly" on the organ (the only song you knew).   I can't count how many nights I sat in a darkened theater, whispering to myself, "That's my dad . . . "  We miss you.