June 21, 2014
Since I'm now a member of Geneabloggers, I'm going to try to use some of the suggested topics that they post every day.  So today they have "Surnames Saturday," when you talk about your family's surnames.

Okay.  The first thing that immediately leaps to mind is a whole name:  Waltraud Marianne Sophie Berneburg.  That was my mother's name, and it seems very big and strange, especially when she was a little girl.  She had a hard time during WWII, when she was maybe 15-19, because her name was so very very obviously German -- and there was nothing she could do about it.  She was "Wally" her whole life, then "Walli" later, as she became an artist.

My father was 100% German too, but he liked to downplay it, maybe for some of the same reasons.  His family's name had been "Ortmann" when his grandfather arrived in the US in 1860, but his father dropped the extra "n", so that "Ortman" wouldn't be quite so obviously German (it still is, right?).  My father saw himself as 100% American, not German, and acted on that belief by not allowing us to learn the German language, spoken by my mother and grandmother who lived with us, and by not eating my grandmother's German cooking.  I deeply regret not having learned German at home (though I did study it in high school and college), and we were able to enjoy my grandmother's cooking because my dad traveled a lot for work and Grandma would cook up a storm during those weeks. 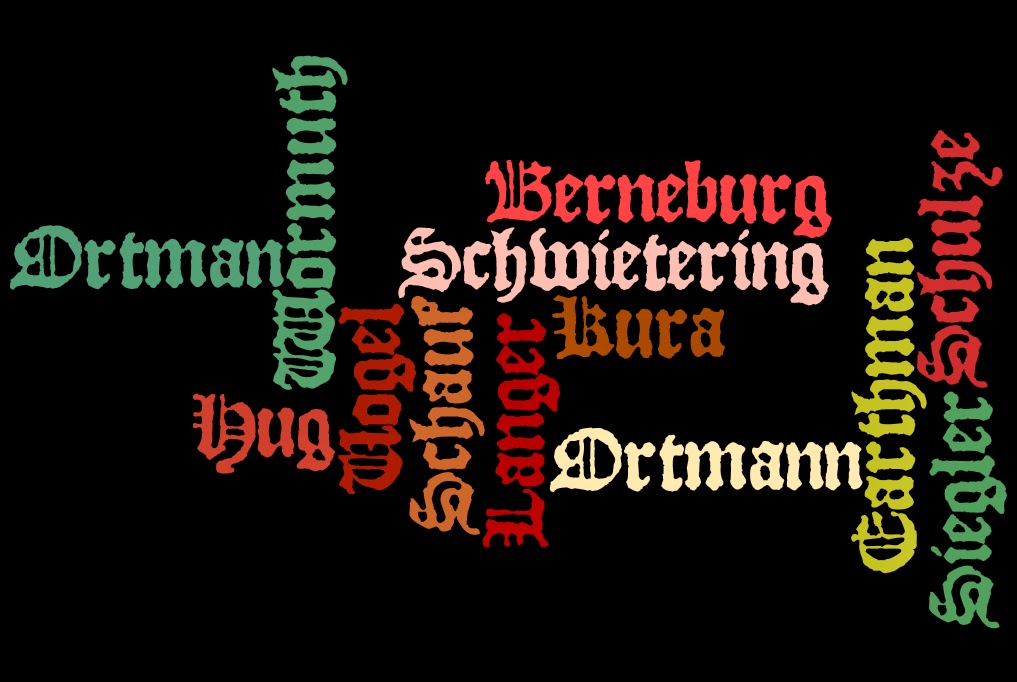 I remember my Grandmother Ortman telling me that her mother's name was "Matilda Hug," and suggesting that that was pretty funny.  She also told me she went to school with two children named "Frank Footer" and "Stella Hamburger."  Frank Footer also had a sister named "Doodle" -- and "Doodle Footer" struck me as the funniest name of all.

[As an aside, I went to high school with Ann Salmon, Nilgun Tuna, and Iris Herring.]

What is the origin of some of these names?  Here's what I know:

Ortmann = referee
Siegler = keeper of the seals to sign documents
Vogel  =  bird
Hug  =  bright in mind and spirit/intelligence
Schauf  =  shepherd
Kura  =  I can find the meaning in Japanese and Maori, but not in German
Berneburg  =  your guess is as good as mine.  "Burg" means "castle."  There is a town called "Bernburg."
Langer  =  tall man
Schulze  =  magistrate
Schweitering  =  who knows?

So . . . we are smart public officials, good at rounding people up and birdlike in our temperament :)  (of course I just made that up).

The genealogical problem of some of these names is that they were not always spelled in the same way -- thus, you have Hug, Hugo, Hugg, Hog, Hogge, etc. etc. and Schulze, Schulz, Schultz, Schultze, Schulte, etc. etc. etc.  Makes things difficult for the budding genealogist.

I'll end with a family crest for one name:  Schulz. 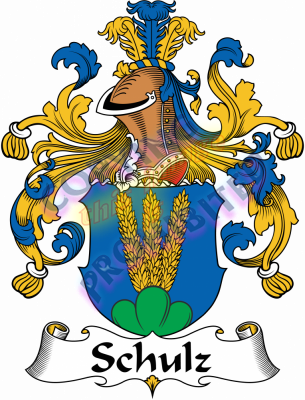