July 10, 2014
I feel like it's Christmas -- a big envelope arrived today from the Stadtarchive in Bremerhaven, with 11 different family records in it!  I'm amazed that all I did was send them an email to ask how I could get the records, and the person there did all this research and came up with so much family history.  And they do it COD -- you don't have to pay them before they'll send it.

So I'll start with an inventory:

1.  The marriage record of Maximilian Langer and Wilhelmine Schulze, 26 April 1884

2.  The marriage record of Wilhelmine Langer and Wilhelm Boesel, 11 March 1904

6.  The marriage record of Sophie Langer and Gustav Berneburg, 11 November 1909

9.  The newspaper notice of the death of Wilhelmine Boesel, 5 November 1938

Whew!  The person (Magistrate of the State Archive) also wrote a long (two-page) letter giving me additional information.  I'm just overwhelmed at the treasure I received.

I will definitely be writing a post about each of these documents, but I wanted to spring the news that I have a whole lot more stuff to go through!  I guess you can tell that I'm excited . . . 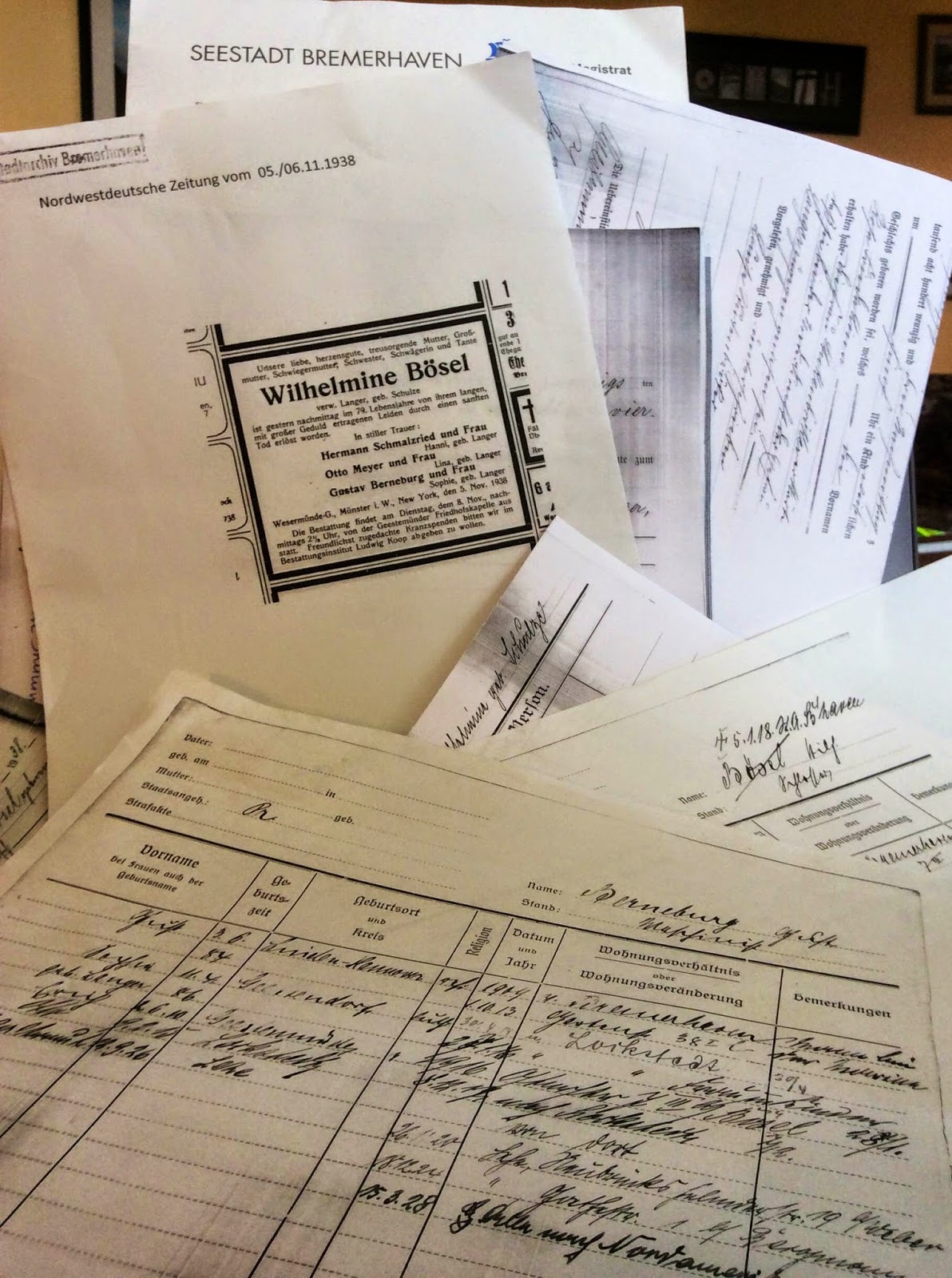