July 01, 2014
I spent a couple of hours at the local Family History Center this afternoon, looking at a microfilm of the church records from Oberglogau, Silesia, between 1800 and 1850. Besides getting a big fat headache from eyestrain, I found the baptismal record for EDC's great-grandfather, Maximilian Langer. 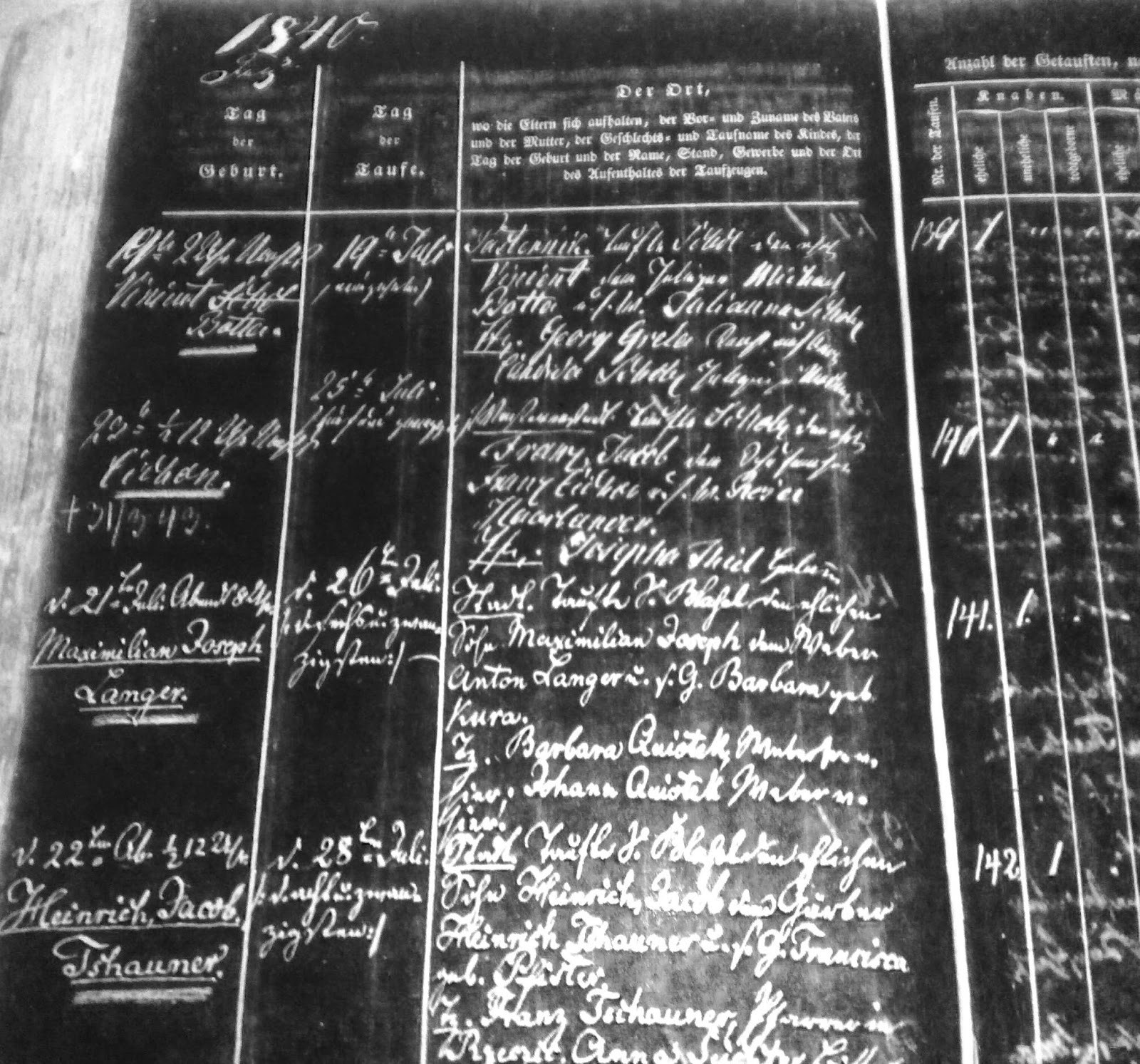 Ta-da!  Here it is!!  It's the third record from the top, and I totally lucked out because it's a pretty good record in terms of its handwriting and clarity.  So it says, starting from the left, Maximilian Joseph Langer, born 21 July, 1840.  He was baptized on the 26th of July, 1840, and then there's something below that I can't read.  In the big column, it says something I can't make out, then "Maximilian Joseph Langer, from Weaver Anton Langer and Barbara, nee Kura."  Then it says the names of the people who were godparents.

After I found this record, I went back about 18 years and tried to find a birth record for either Anton Langer or Barbara Kura.  I may have found Anton's, but no trace of Barbara's.  The next step, I guess, will be to order the microfilm that has the record of marriages, and see if I can find Anton and Barbara there, because that will have the names of their parents, and that will tell me which of the entries I found is the right one for our Anton. Here's the record that might be it: 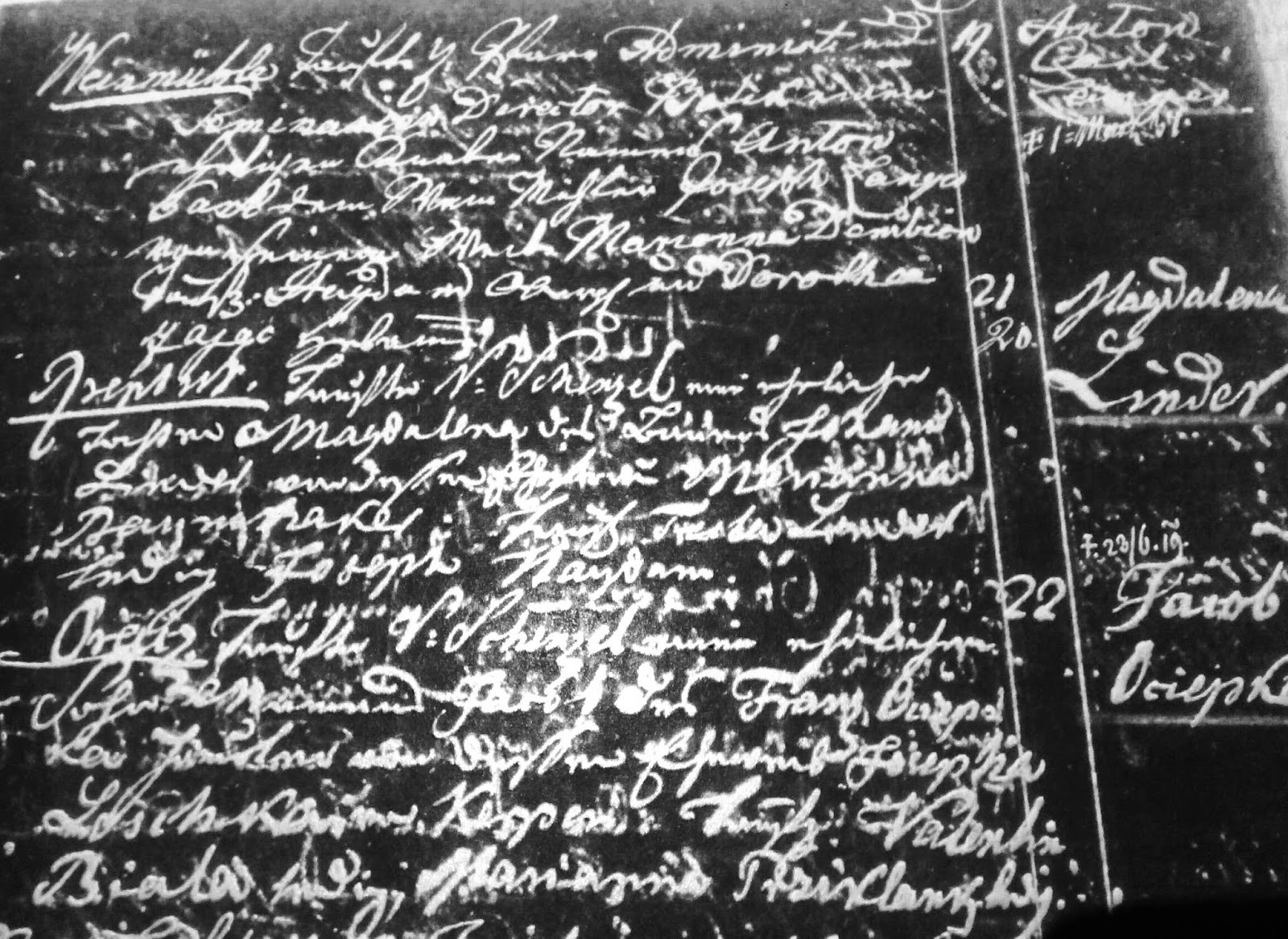 I'm going to have to definitely get help in reading this one.  It's the first one, at the top of the page.  You can see (maybe) where it says "Anton" in the right hand column, but the last name is obscured.   However, in the entry on the left, it definitely says "Langer," with a father named "Joseph Langer," and a mother named "Marianne" something.  This would make sense to me, because Maximilian's middle name was Joseph -- named for his grandfather?  I have some other possibilities, but this one seemed the most likely candidate.

So!  Another step confirmed.  It's extremely tedious to go through these microfilms, but so exciting when you actually find things, and for Maximilian, I had his birth date and went right to it -- no searching involved.  With Anton, I started in 1822 and went backwards from there, looking at each entry (that's where the headache comes in!).

Off to order the microfilm with the marriage records . . .