July 17, 2014
My grandma Sophie wasn't the kind that bakes pies and is all warm and fuzzy; my grandma Sophie was a tough old gal who lived with us from the time I was three or so and my sister was a new baby.  She was never the type to say "I love you" (I believe she never said that to her daughter, my mother, not once in her lifetime), but she would show us in various ways.  One way we loved:  she cooked. 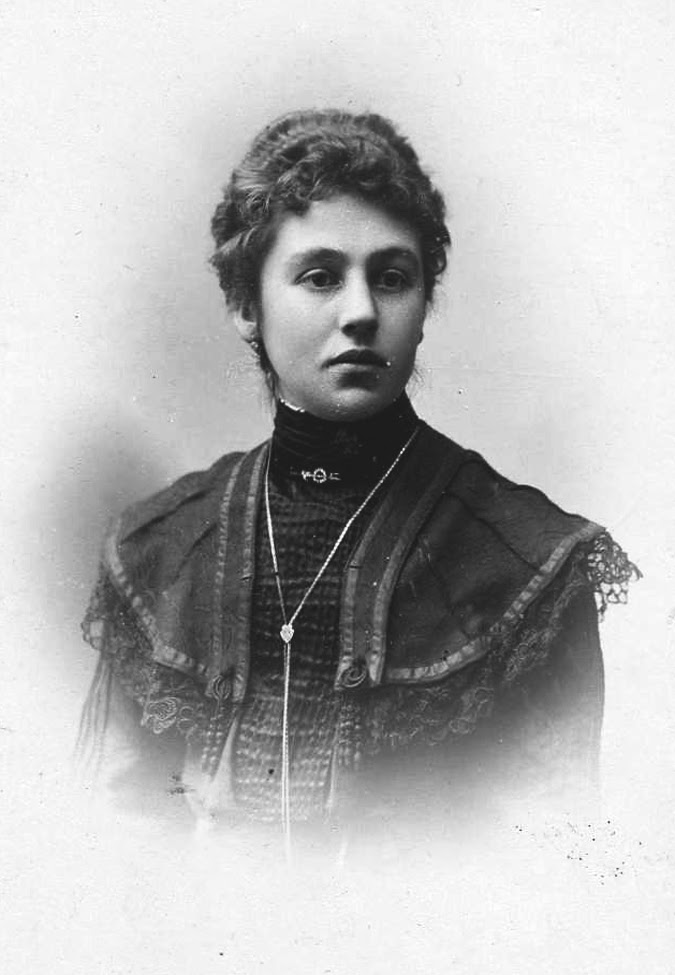 Sophie Langer as a young woman

She didn't cook every day, though; we had to wait until our Dad was out of town on business, which he often was.  Why didn't she cook when my dad was home?  Well, my dad had a vexed relationship with both his mother-in-law and his German heritage.

When I think about it, I get it -- from the time my folks were 26 and 27, they had a mother/mother-in-law living in the house.  I try to imagine that myself, as a newlywed or new mother, and I just can't.  My dad would have never said a bad word about or to my grandmother; that just wasn't his style.  He showed his unhappiness in pretty passive-aggressive ways, by saying he just didn't care for her cooking (and of course, his home was his castle and we ate what he wanted to eat) and by not letting us learn the German language, a decision on his part that I'm still unhappy about. (My mom and grandmother spoke German, or rather, my grandmother spoke German and my mother spoke English.)  Yes, like my mother, he had 100% German heritage, but having gone through World War II and other experiences, he felt the German stuff was better left behind, and we were 100% American.

My favorite picture of my grandmother -- sorry it's so small.  Doesn't she look fierce?

So, when Dad was away, we insisted that Grandma Sophie cook, and she was happy to do so.  The only truly German dish she made was rouladen, delicious thin sheets of beef rolled up with bacon and onion inside (NO pickle!) and gravy.  It was soooo good.  Oh, and the Spaezle. I have never been able to duplicate her Spaezle, even though she showed me many times.

She made other things, too, odd things:  chow mein, jelly omelets, and something we thought of as German baby food.  In a time when "chow mein" meant opening a can of Chun King with a little can of crispy Chinese noodles on top (of a type I've never seen in a Chinese restaurant in my life) and making some rice, my grandma made delicious chicken chow mein.  Go figure.

Her jelly omelets were guaranteed to bring a smile to your face and a good start to your day.  I still use her recipe for scrambled eggs or omelets -- half an eggshell of milk to each egg.  For the jelly omelets, she would spread the eggs very, very thinly in the pan, and when it was set, put some strawberry or grape jam in it and fold it up.  It was delicious.

The thing we thought of as "German baby food" I think is odd, because I just googled it and found only one recipe with the comment by the recipe's author:  "My aunt's recipe, She showed my mom to make it for me when I was little and sick. It may sound weird but it was so good!"  Yup, that's exactly right.  It's major comfort food.  You take cooked pasta and saute it in a pan in butter, and then add cinnamon and sugar to it.  Weird, right?  But it was delicious, and if I ever make it for myself, it takes me right back to those childhood days.

Grandma Sophie as we knew her, growing up --
There's no doubt about it:  we kids loved growing up with a grandma in the house.  She was so interesting!  She wore corsets that laced up!  She would pop out her false teeth!  She could make peppermints appear from her bosom on long car trips!  And whenever we'd have pizza, we'd pass the crusts down to her because she thought chewing on them was good for her jaws (even though she didn't have any teeth).

Miss u, Grandma Sophie.  Love u.

What German specialities did your Grandma cook?  Leave a comment below!