Oh no! My ancestor was illegitimate!

In yesterday's post, I revealed that at least three generations in my matrilineal line were illegitimate:  Wilhelmine Bellmer/Schulze (b. 1859), her mother Sophie Bellmer (b. 1835), and her mother Anna Margrete Otten (b. 1800).  Since yesterday, I've had messages from a few people with knowledge in this area and I've read a few things myself.  We can imagine some of the historically known circumstances may have applied in these families, but first let's see what the particular situation was in each generation. 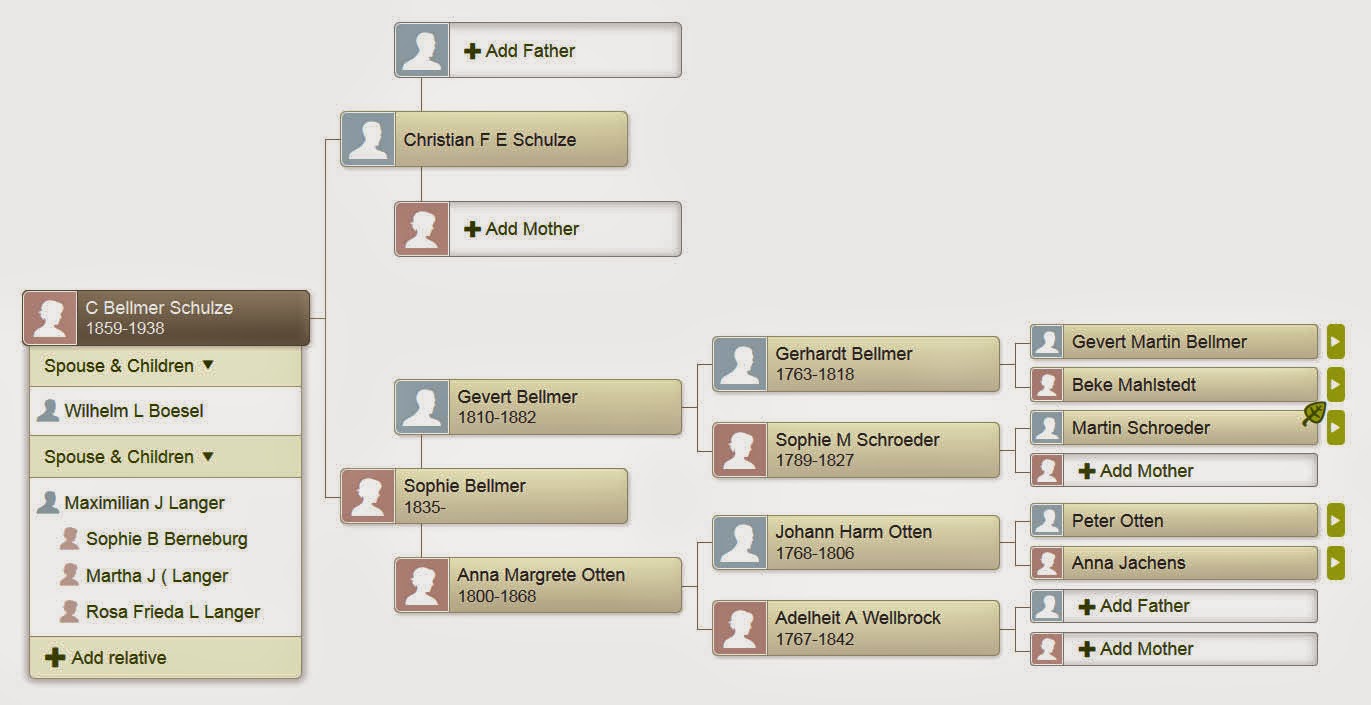 My great-great-great grandmother, Adelheit Anna Wellbrock was not married to her daughter Anna''s father, Johann Harm Otten, a "cottage farmer."  Adelheit, who was around 33 at the time of Anna's birth, seemed to have continued for some years in a relationship with Anna's father, Johann, who was around about 32 at the time of Anna's birth.  They went on to have two more children together, Hedwig and Beta, but then Johann somehow met an untimely death at the age of 38, cause unknown, the same year their third daughter was born.

Anna Margrete Otten, on the other hand, was about 35 when her daughter Sophie was born.  She revealed the name of Sophie's father:  Gevert Bellmer, a 25-year-old unmarried ship's carpenter.  It's very unclear how they came together -- perhaps on one of Gevert's shore leaves? -- but they didn't stay together; three years after Sophie's birth, Gevert married another woman and with her had nine children.  Sophie was given Gevert's surname and so was known as Sophie Bellmer. 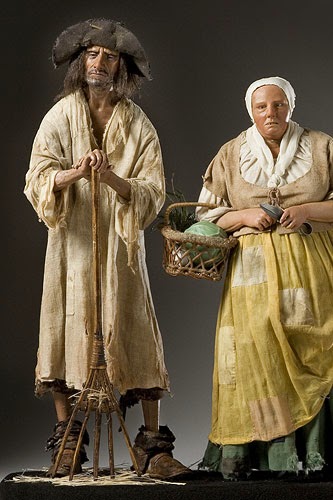 Sophie Bellmer was around 24 when her daughter Wilhelmine Bellmer was born.  At this point it appears that she never revealed the name of Wilhelmine's father; she later married Christian Friedrich Engelhardt Schulze -- at least, I'm hoping to find that marriage record -- and Wilhelmine became known by the name Wilhelmine Schulze.  Christian Schulze stood up for Wilhelmine at her wedding, so perhaps they had a good father/daughter relationship.  Could he have been her biological father?


Here are some of the things I've learned about marriage customs and illegitimacy in Germany in the 18th and 19th Centuries:

1.   A significant percentage of babies were born out of wedlock in these years -- sources vary wildly in their estimation, from 1-2% all the way up to one-third of all babies being born were illegitimate, or at least conceived before the parents' marriage.  Humans will always be human, and there was very little reliable birth control 200 years ago.

2.  Because the upper class didn't want the world overrun with children of poor people, they imposed a "marriage tax":  Couples would have to pay 2-20 florins, or prove that they had a net worth of 100-200 florins, before they were given permission to marry, at a time when a day laborer would make .10 florins a day.  As a result, many couples didn't marry or waited until they had enough money to marry -- but in the meanwhile, they were still having children.

3.  In difficult economic times, fewer marriages would take place and the rate of illegitimacy would rise.  Certainly Germany had difficult times in the 1800's, so perhaps this held true.

4.  It wasn't unheard of for an unmarried servant to become pregnant.  Such pregnancies were often hidden, the baby was farmed out to a wet nurse, and the servant went on working for the wealthy people.

5.  Finally, in some cases it was not clear exactly at what point people were considered married -- any time from the engagement to the actual ceremony itself could constitute "marriage."  So children could be born out of official wedlock, but within the social practices of that community, their parents considered themselves married.

So what do we have in my family tree? I would guess that in the case of Adelheit and Johann, who was a very small farmer, they were unable to come up with the marriage tax.  Nevertheless, they lived together and had children together.

With Anna and Gevert, I don't know.  With the 10-year difference (and she being the older), was that a serious relationship, or something that just happened?  If Gevert made any promises to Anna, he certainly didn't keep them when he went ahead and married someone else.

With Sophie, my great-great grandmother, we don't have enough information to tell yet.  Until we find the connection between her and Christian Schulze, her circumstances will remain a mystery.

Well, I've learned an awful lot since yesterday and I hope this is helpful to you, too, if you come across any extra-marital incidents in your tree!


Here are a few references I looked at for this post:

And thanks to these facebook group friends who shared their knowledge: