Was This Grandpa's Other Wife? Maritime Monday

July 28, 2014
My grandfather, Gustav Berneburg, went to sea, starting at the latest in 1907 when he was 22 years old.  Before that, he had been a stone-setter and a machinist and probably other things as well.  But somewhere around 1907 he went to work for Norddeutcher-Lloyd (North German Lloyd) and began his first of many trips across the ocean. 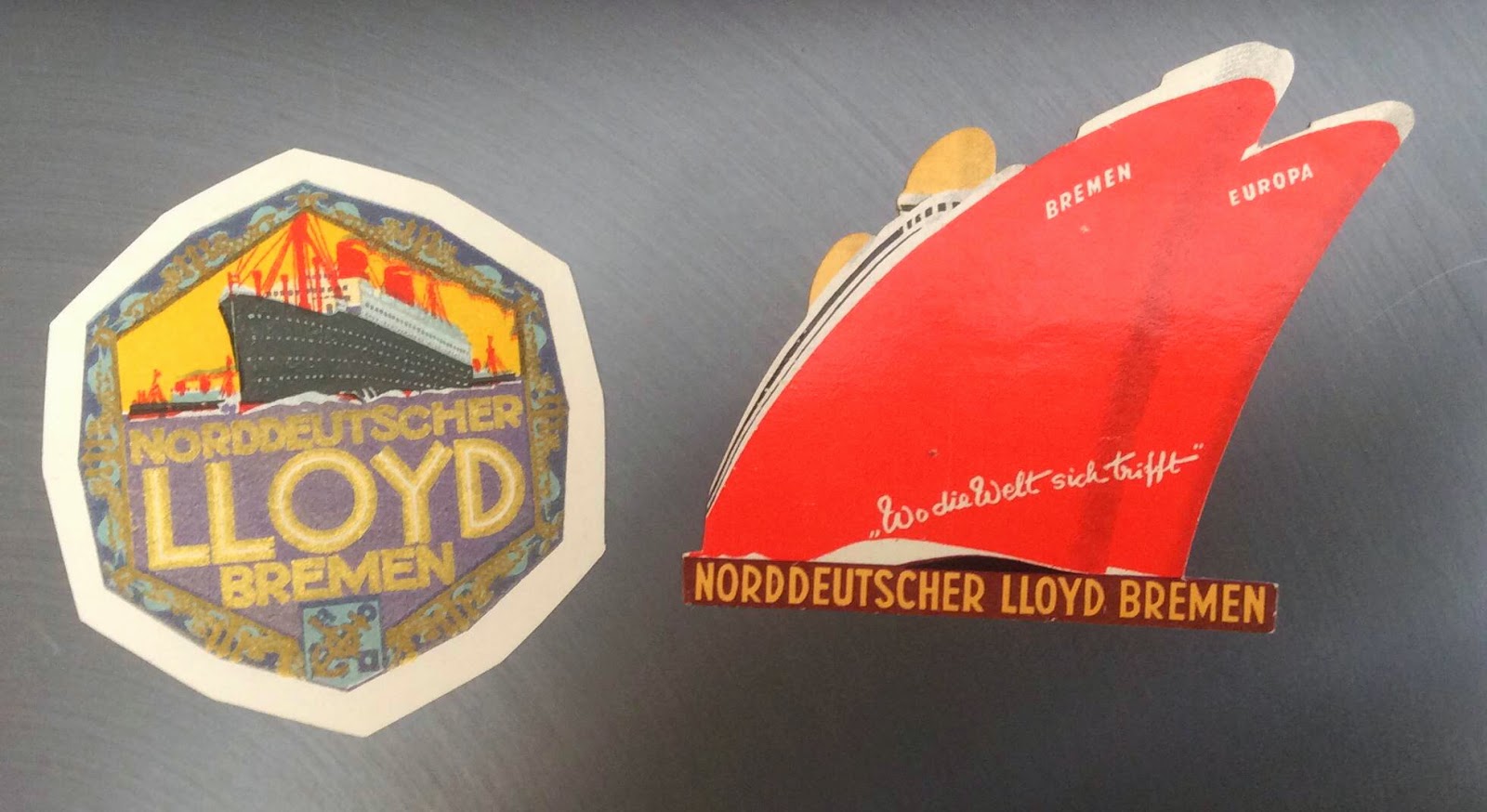 Poster stamps from the time my Grandfather worked for NDL


North German Lloyd was the largest shipping company in the world.  They started out with three steamers in 1857 and by 1898 they had 259 ships traveling around the world.  I know that early on he went between Germany and the Far East; I have a postcard sent to him on the S.S. Buelow by my grandmother.  He first shows up in New York ships' manifests over the years 1923 to 1927, we see Gustav coming in and out of New York many times:


The ships didn't actually dock in New York; they went to Hoboken, New Jersey, just on the other side of the Hudson River. 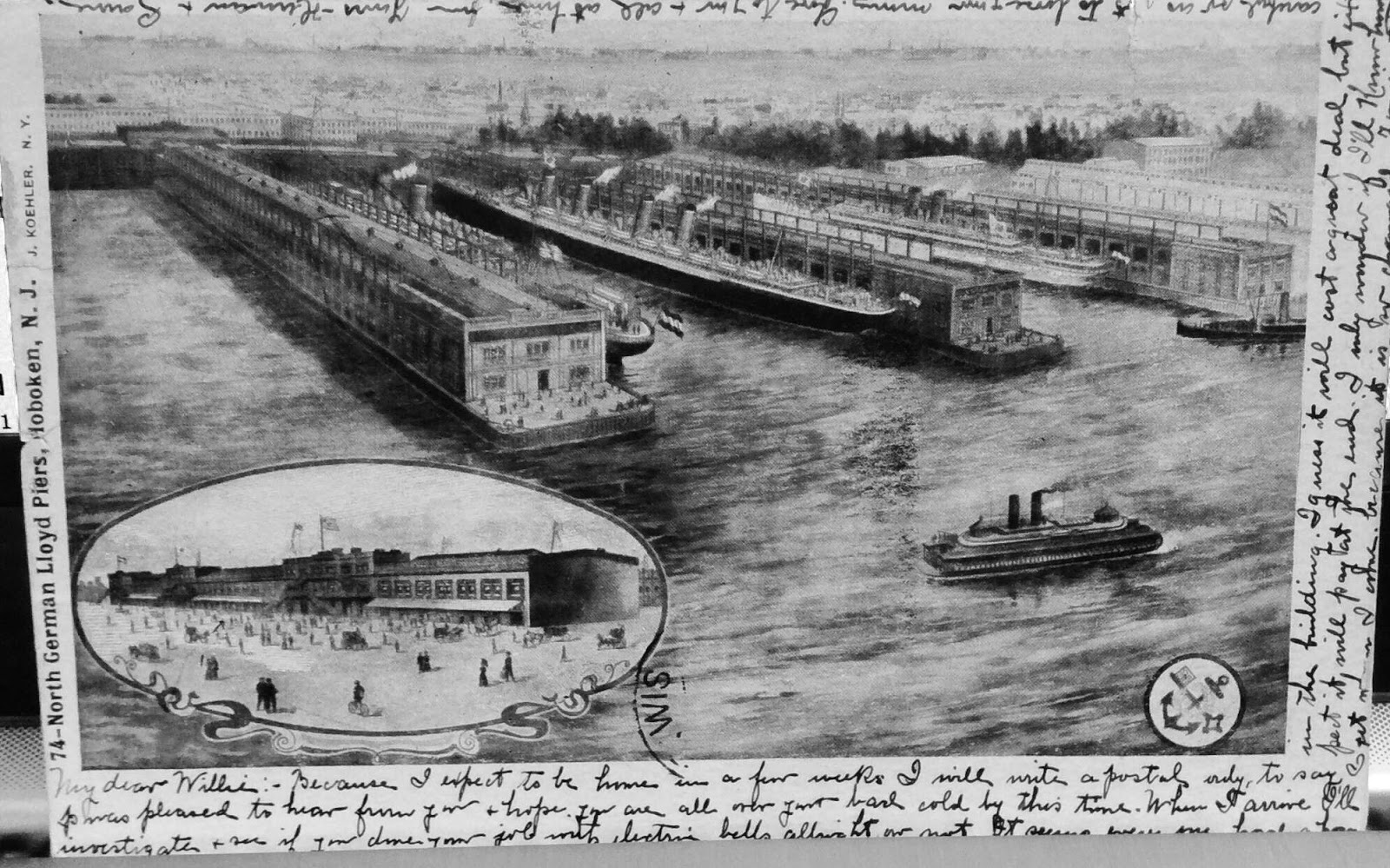 It wasn't a fun job.  This passage describes the lot of stokers, the men who shoveled coal into the furnaces.  This was one of the jobs that Gustav had:

"Distressing at all times is the lot of the poor fellows who man the stoke hole. On the Furst Bismarck, for instance, there are twenty-four furnaces, manned by thirty-six brawny and half-naked stokers. Suddenly from somewhere in the darkness comes three shrill calls upon a whistle, and instantly each furnace door flies open, and out dart hungry tongues of fire. With averted heads and steaming bodies, four stokers begin to shovel furiously, while two others thrust their slice-bars through each door and into the mass of fire and flame. Burying their lances deep in the coals, they throw their weights full upon the ends as levers, and lift the whole bank of fire several inches. Then they draw out the lances, leaving a black hole through the fire into which the draft is sucked with an increasing roar. Three times they thrust and withdraw the lances, pausing after each charge to plunge their heads in buckets of water, and take deep draughts from bottles of red wine. But this cooling respite lasts only a moment at best, for their taskmasters watch and drive them, and each furnace must do its stint. It is fair, however, to say that everything that can be done to lessen the hardships of the stokehole has been done by the steamship companies." [Quotation from Gjenvick Archives]

On one ship's manifests, he shows up on a list of "Deserters."  This doesn't necessarily mean that he abandoned his ship -- men signed on for a particular length of time, and if they wanted to leave early, the company would list them as deserters so they wouldn't have to pay them for the rest of their contract.  The notation is dated January 5, 1924; interestingly, on Gustav's obituary it notes him having come to the United States in 1924 and staying permanently.  I do know that there was a time of several years that he lived apart from his family; at the same time he was working for NDL again and went back and forth to Bremen many times, and of course saw his family (my mother was conceived in late 1925, probably).  The rest of the family came to America in 1928. 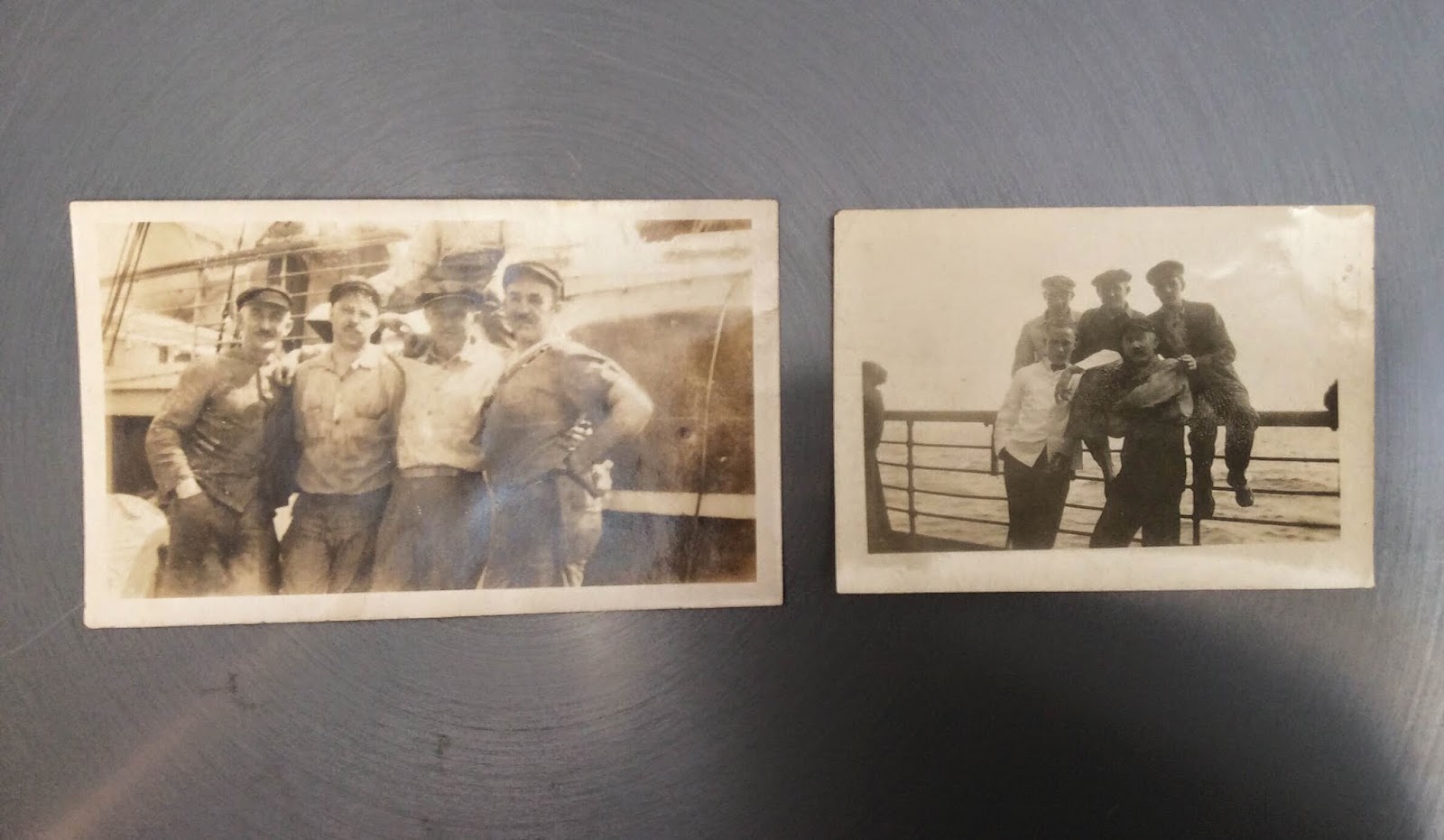 Grandpa and "the boys" on board ship.  Grandpa is far left in the first pic and right standing on deck in the second.

So now to the question posed in the title.  One of the places Grandpa traveled to more than once was Japan.  Amongst all the photographs of Germany, New York, and Minnesota is a mysterious photo of a Japanese lady: 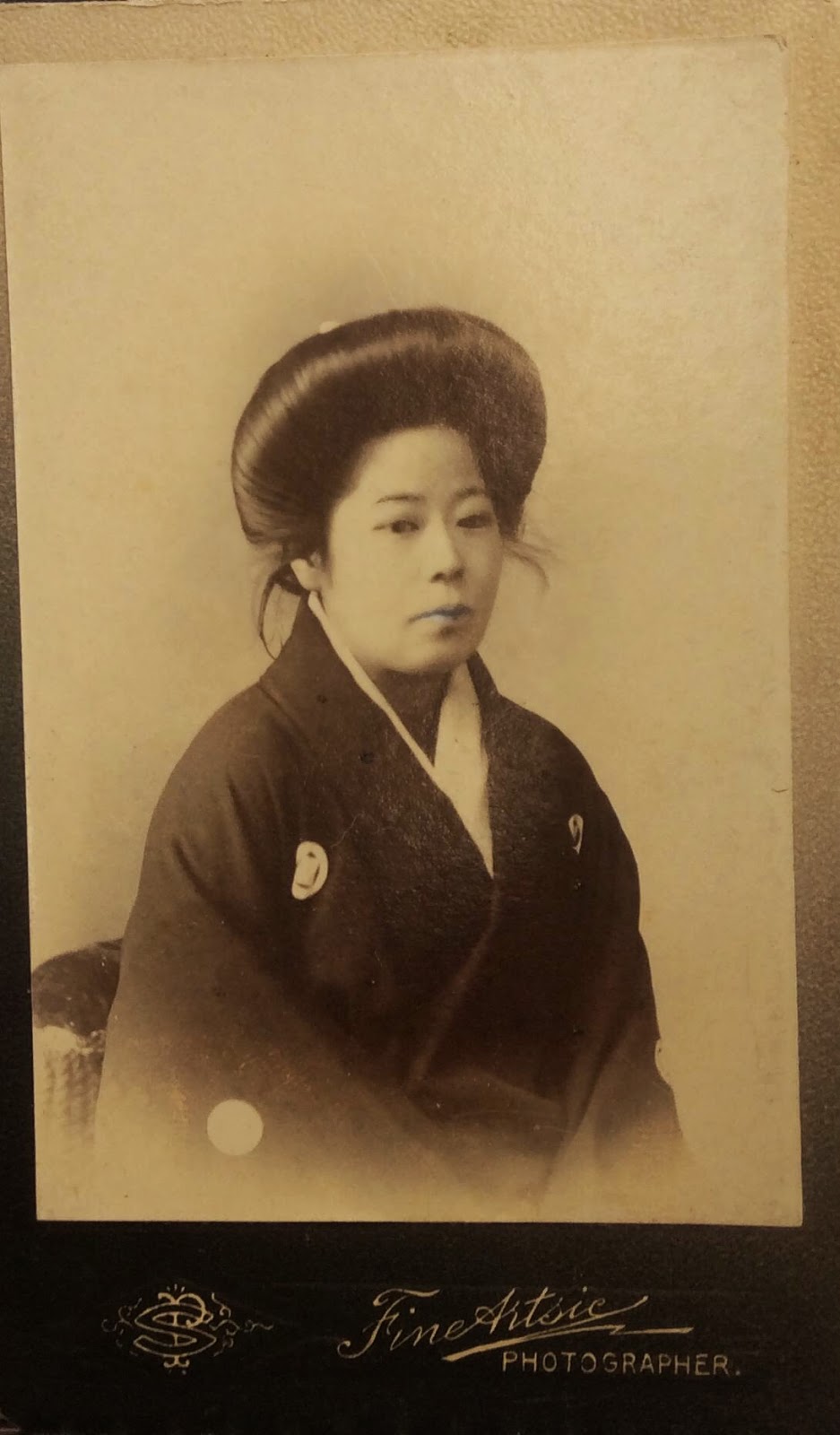 No one knows who this is, but clearly she was important to my grandfather.  And my mother said that in the midst of an argument once, my grandmother took a photo album decorated with mother-of-pearl that Grandpa had brought back from Japan and threw it in the garbage.  Circumstantial evidence, to be sure, but could he have had another wife/another life in Japan?  We'll never know, but if your surname is Berneburg and you're Japanese, email me, okay?

Oh, and my mother fished the album out of the garden and hid it.  I have it now.