Hours in the Dark: 50 Years of Langers

August 19, 2014
So, I've spent six hours over two days looking at microfilm at the local Family History Center here in Santa Cruz.  I ordered some microfilms from Salt Lake City, and the bad thing is that once they arrive, you have to go through them . . . Here's where all the excitement takes place: 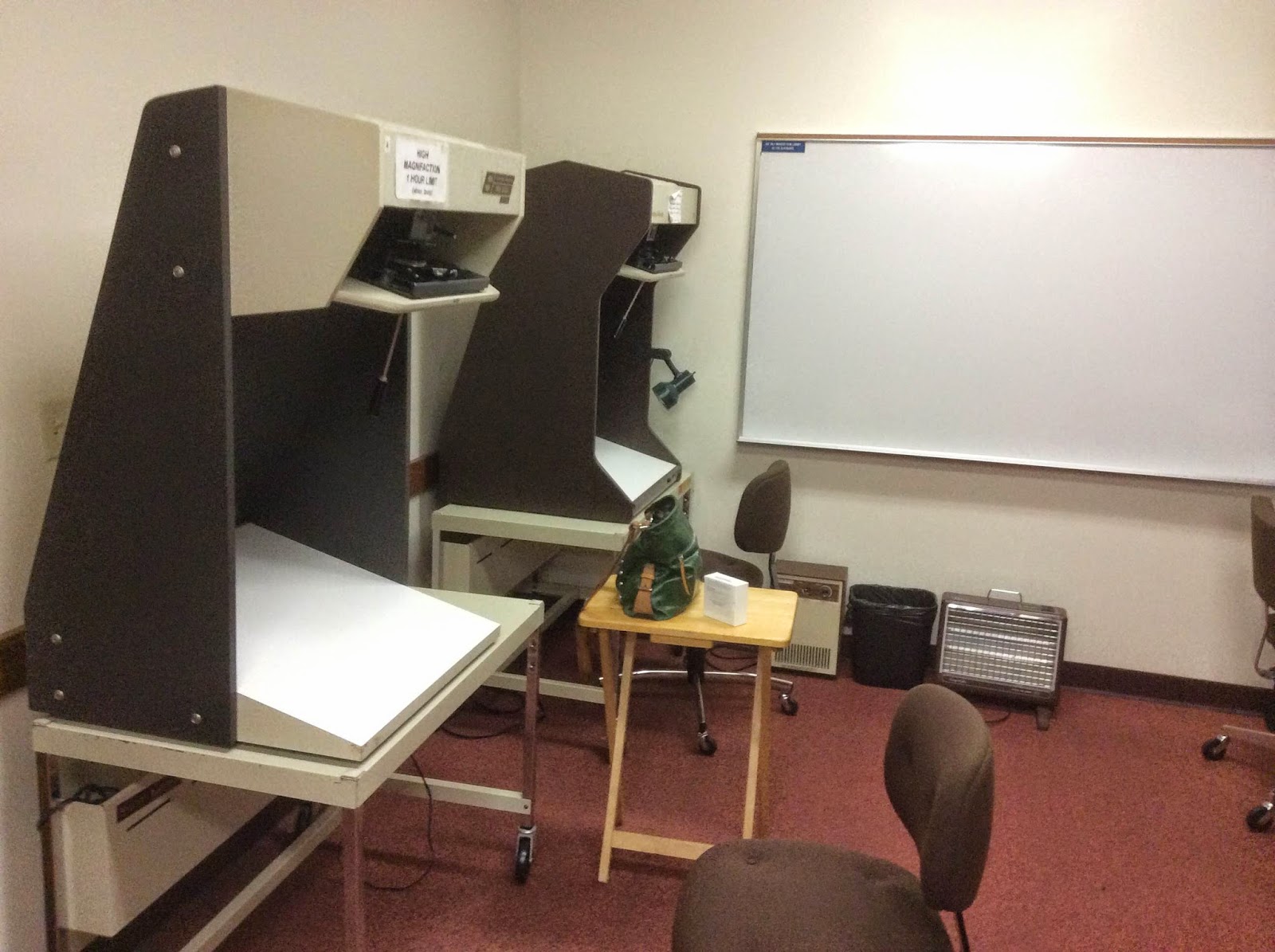 It's a little cave-like room, no windows, no ventilation.  And once you get everything set up for the microfilm,  you turn off the lights and it looks like this: 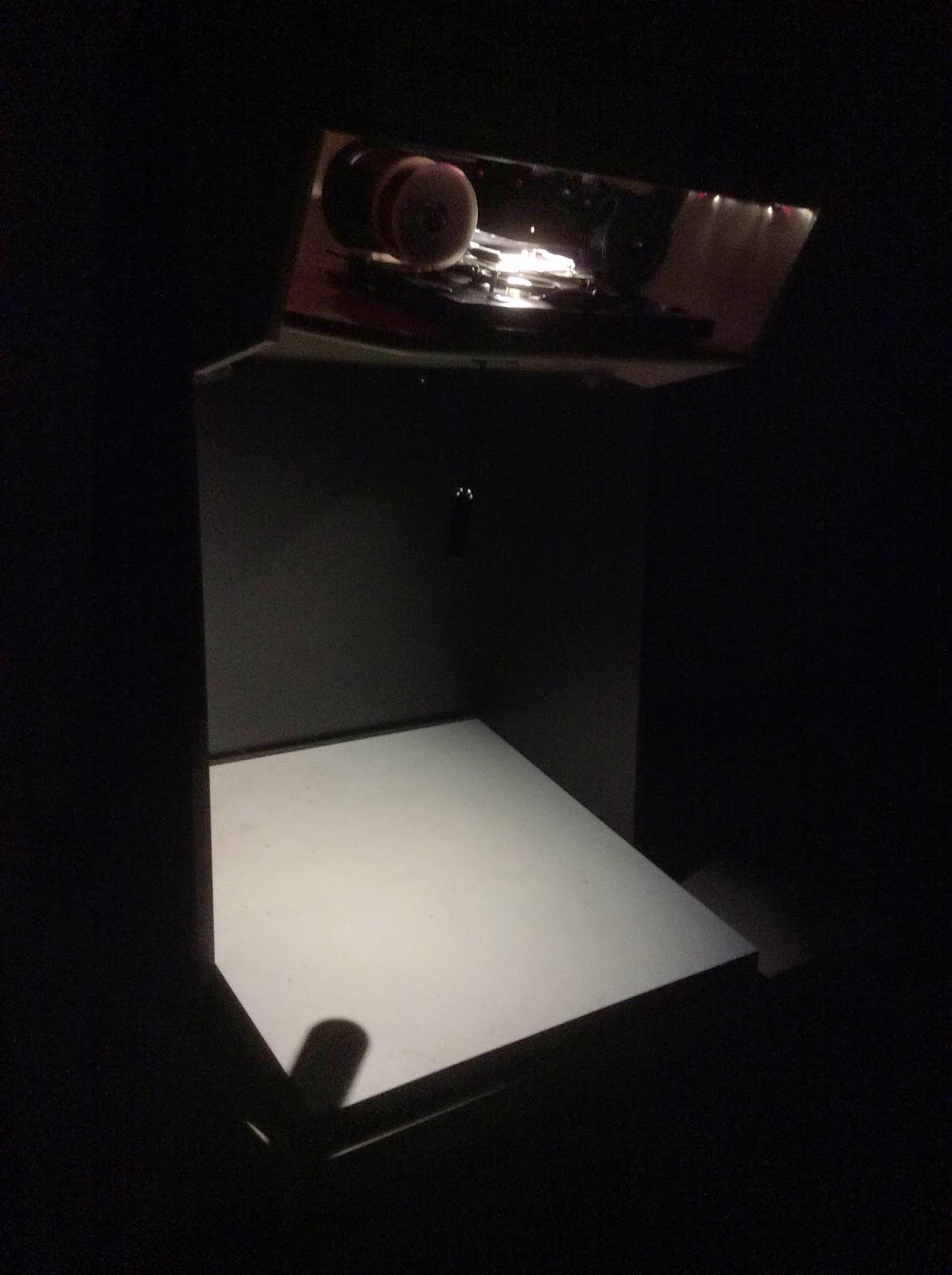 You sit in front of this machine in the dark for hours and hours, turning the crank and watching the microfilm go by on the white shelf.  You're looking at pages like this: So the microfilm I've spent six hours on is records of baptisms from 1777-1839 for the Catholic church from Oberglogau, Silesia (now Glogowek, Poland). These records are in Latin, not German.  I have the birth record of our great-grandfather, Maximilian Langer, and the names of his parents, Anton Langer and Barbara nee Kura.  I believe the top entry in the picture above is Max's father, Anton, but as you can see, it's barely legible.  I believe I can make out that his father's name was Joseph Langer (which makes sense because Max's middle name was Joseph), and his mother, Marianna Dombien.

Here's one little glitch, though -- on the right-hand side, under Anton's name and the mess underneath it, there's a little notation that I think says "+ 1 Marz 37," though the "37" isn't clear.  I really hope it's not a 37, because when there's a little notation with a cross, that means the person died on that date.  If this Anton died in 1837, he can't be Max's father, because Max wasn't born until 1840.  We'll keep working on it, though.

I decided my game plan -- instead of working backwards, I decided to work forwards from 1777 and see what Langers I could find.  Maybe I could put them together as a family.  It was a small village -- how many Langers could there be in the town?

Well, after six hours going through 42 years of records, I have 50 babies baptized with the surname "Langer."  What I'd like to do is go through the records and see how they group into families, so that's what I started working on when I got home today.  So far, I have them sorted into these groups, from earliest to latest:

We also have a few seemingly random groups that only appear once, with only one child, like Wenceslas Langer and Johanna Posprisnia ?, child Francisca; and Domenico Langer and Francisco Raslin, child Auguste Amalie. I'm not sure what to do with these.

Finally, we have a few baptisms that seem rather startling -- Joanna (widow), child Ciprianus; Appolonia, child Mattheus; and Veronica, child Carolina -- in each case, the child is labeled "illegitimate," and there is a notation of "ex scorto," which means, sadly, that each of the mothers was a prostitute.  If I have the energy to go farther back in time, I'd like to see if I can figure out where these women came from -- were they born in the town or did they come from somewhere else?

I want to go back and finish the last 19 years (1820-1839) and see what I can add to the families, and then I think the next step is to look at the microfilm that has marriages from 1724 to 1920.  If I can find the married couples, it should give me information about their parents, and then I might be able to figure out the relationships among the different family groups:  Is the Joseph Langer that was born to Joann and Candida the Joseph who starts his own family with Marianne Dembie in 1806?  The marriage records should fill this out for me, I hope.

Looking at microfilms is not as easy as finding records online!  But at some point it's necessary.  If everything goes well, I'll be able to show that, maybe, Joann and Candida are our great-great-great-great grandparents, and we'll be way back into the 1700's.  I hope it works out!