Not Charlemagne, But the Village Idiot . . .

August 21, 2014
The last few days have been somewhat disheartening but also fairly amusing, if you want to look at it that way.  What I've done is  1) make a record of all the Langer births in Oberglogau from 1774 to 1819 (I still want to go from 1818 to 1840, when Max Langer was born); 2) looked through all the marriage records for Oberglogau from 1774 to 1832.  My goal in this was to match the children up with parents from the birth records, and then, because the marriage records would typically include parents' names, be able to take a stab at sibling relationships (e.g., if the records for Anton Langer's and Joseph Langer's weddings both showed Jacob Langer as a parent, they would likely be brothers).  Ultimately, I'd like to figure out which Anton was Max's father.

Well, it was a plan.

As I related in my last post, I was pretty successful in putting the children together with the parents.  So the other day, I went back to the Family History Center to look at the marriage records, hoping to get further with putting the families together.   This is what the records look like: 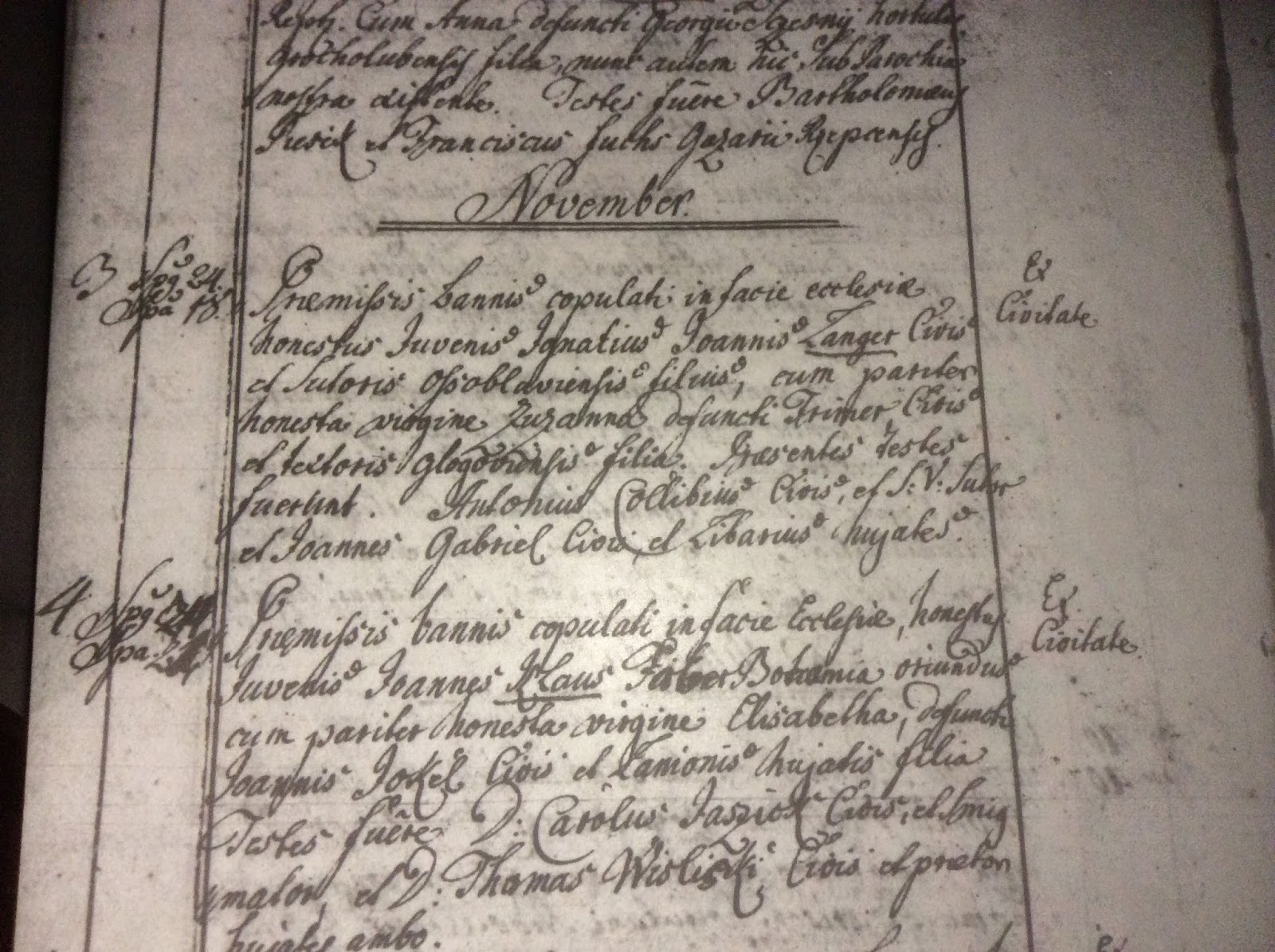 The records are in Latin, so that requires me to become familiar with the way Latin records are recorded.  I've gotten some help and think I can puzzle it out, though from time to time I have to ask about the meaning of a particular Latin word.  (Why didn't I take Latin in high school?  My dad thought I should.)

So, I found a number of weddings, but not all of them, and I'm kind of stuck on putting the siblings together, and figuring out which Anton is Max's father.  I found out that not only were the Langers weavers but also master millers, gardeners, and potters, which was interesting. I was disappointed by finding some of the records like this: 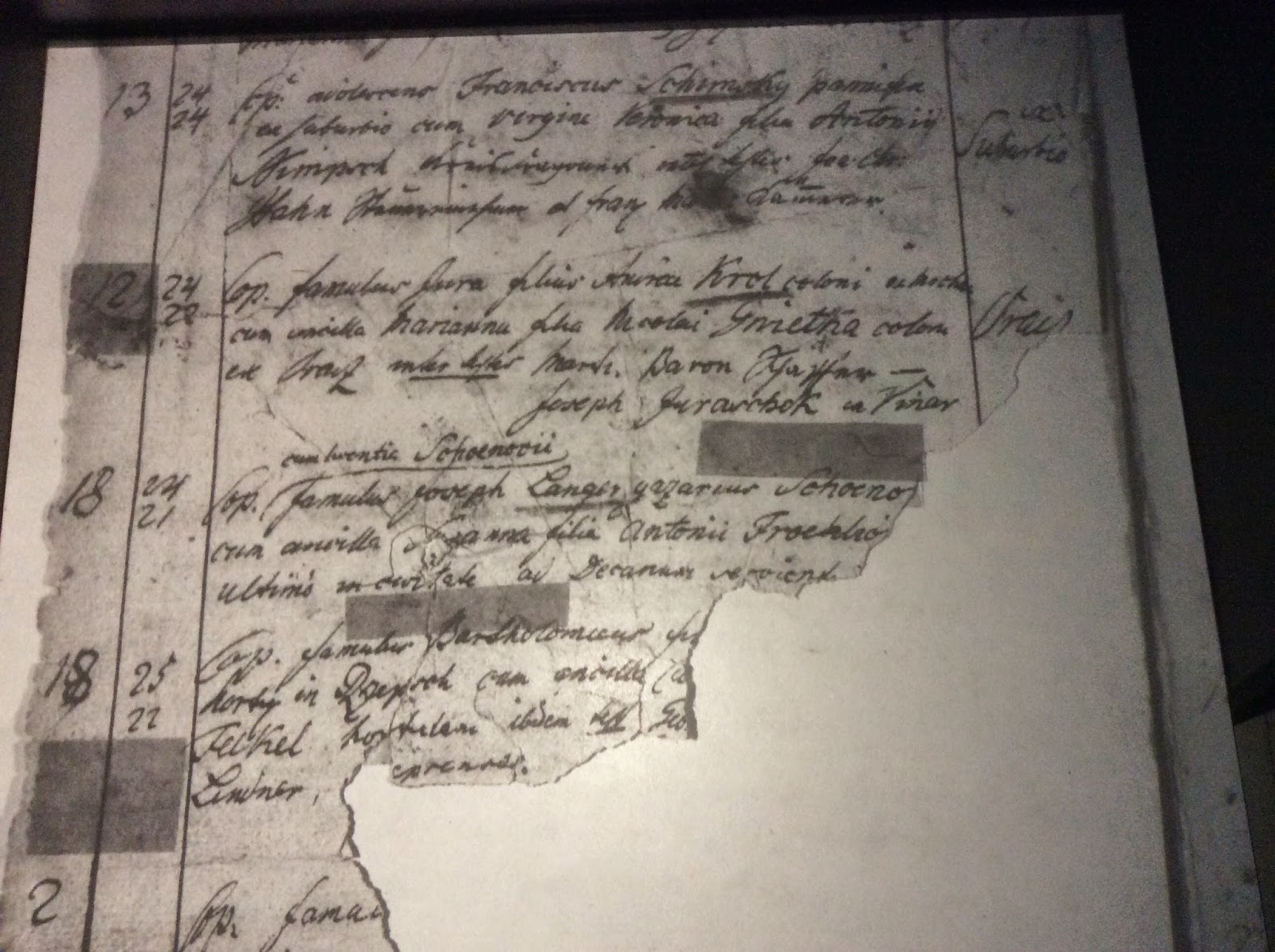 There were also whole pieces of pages missing at points when I really expected to find one of the Langers -- frustrating!

So what was amusing?  Well, besides the three prostitutes that showed up in the birth records, the profession of one ancestor was listed as "mendicanus."  While that can mean an itinerant worker, one person on the German Genealogy page on Facebook found a definition on Rootsweb that said that "mendicant" was the lowest rung of society and was equivalent to the village idiot.

Everyone hopes that their genealogical research will lead to someone noble and respectable -- George Washington, Charlemagne -- but ours seems to be heading in the opposite direction.  Three prostitutes and the village idiot -- we seem farther and farther away from that lofty ancestor!