August 01, 2014
"Ortman/Ortmann" was my father's name, and his father's, and his father's before him.  The name goes back to the Middle Ages.  Translated literally, it means "ort" = place, village, "mann" = man.  But in practice, it referred to someone who acted as an arbitrator or judge casting the decisive vote in the event of a tie, so "referee" or something along those lines.

Ortmann is most commonly found in Germany, including Prussia, Austria, and Russia.  The distribution in Germany follows this pattern: 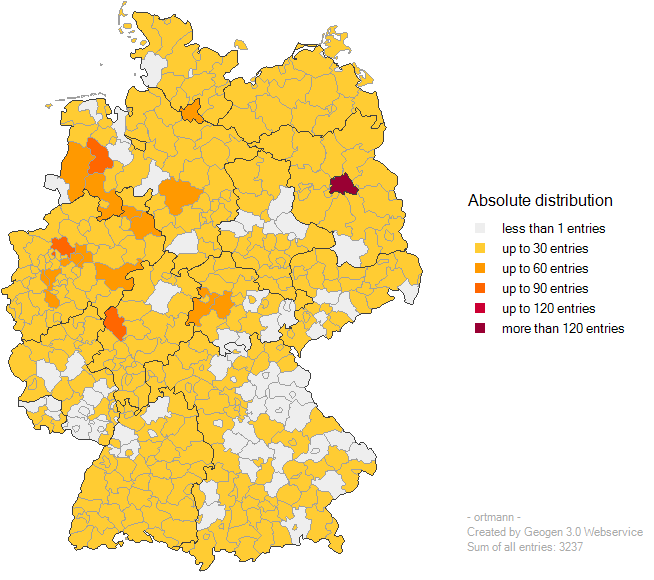