In February, I go to Salt Lake to the RootsTech conference, along with spending a couple of days at the Library.  I'm really excited about that and will be planning my research very carefully so as to get the most I can out of the short time I'm there. 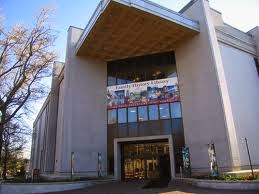 The Library in Salt Lake City

In June, the family will gather in Minnesota for a few days on a lake, a get-together that I hope will happen!  It will be my family, my sister's family, and my brother's family, maybe 15 or so people in all.  We did this a couple of years ago, after my niece's wedding, and it was a blast.  Late nights, sitting around the fire, telling stories; my sister and I painting lake scenes; going out on a boat.  And nobody in the world can make me laugh like my brother and sister.  We laugh a lot.

Then,  at the end of August, I will be joining FGS for their 2015 cruise to Alaska!  My sister will be joining me, for a week of girls' fun and learning about genealogy at the sessions and workshops.  I've been to Alaska before, but my sis never has, so this is very exciting for both of us. 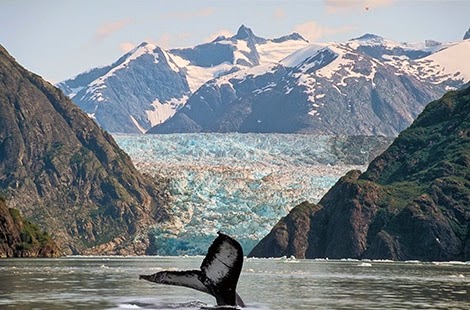 Alaska has captured my imagination for many years.  Our dad first went to Alaska in the 1950's, when it was pretty much the Wild West, and from that time on, I wanted to go there.  I was incredibly fortunate to go there on a cruise in 2002, with a company called Cruise West that unfortunately doesn't exist any more.  It was a once-in-a-lifetime thing; we were on a ship that held 100 people, but since it was the first cruise of the season (starting the very end of May), there were only 68 people on board.  It was fantastic -- we saw so many things and had just a wonderful, close-up experience.

The trip next year won't be the same, but it will be just as special, because my sister will be along, and there will be genealogy on board!  What could be better?