Living in the Land of Dreams: Part One (#TBT)

September 18, 2014
I'm a child of the 1950's.  From my current vantage point in the 21st century, the 50's look positively antique, but those days were full of exciting new things.  The most magical was television.

I'm not sure when we got our first tv, but it had to be in 1954 or 1955.  The first program I remember was "Winky Dink and You," an interactive show that would have kids put a piece of plastic on the screen and then draw along with the story they were telling, right on the screen, with special crayons. It was a sensation, but, as Bob Green says, two things led to Winky Dink's downfall -- the kids who hadn't ponied up 50 cents for the special equipment drew on the tv with their own crayons, and parents were concerned that the tv screen was emitting dangerous radiation to kids sitting so close to it.  I myself, though I had the screen and crayons, once drew on the tv itself with regular crayons, making my mother unhappy -- which I don't really understand, because of all the potential messes kids make, crayon on glass seems like one of the easier to clean up, right? 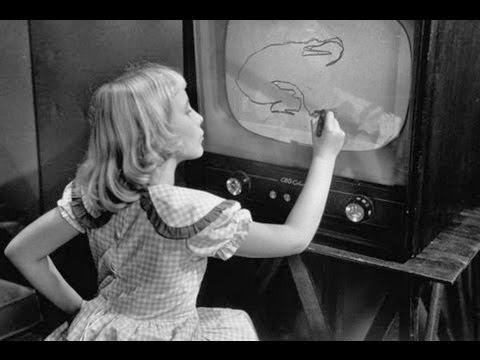 If you'd like to watch an episode of "Winky Dink and You," you can do so here.

Another show I remember so well is "American Bandstand,"  which Dick Clark began to host in 1957.  We were only allowed to watch half an hour of television, in the afternoon, and I would spend that half hour watching the kids from Philly dance.  And dance around the living room myself. 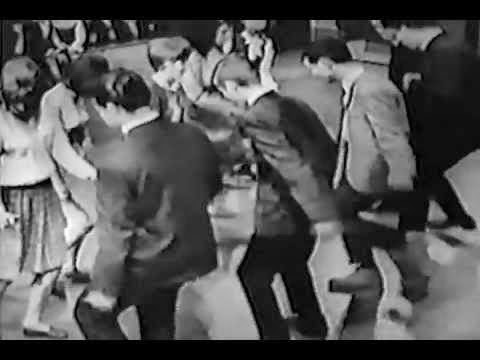 I was actually on Dick Clark's 20th Anniversary Show; I was working at a Los Angeles oldies radio station, and they asked us to round up some people who could dance in old-timey costumes.  I remember the whole thing took soooo long.  At one point we had to wait over an hour for Little Richard to perform -- he wouldn't come out of his dressing room.  (Probably holding out for more money!)  I see two photos from that show on the web, but neither includes me, so I'll leave it at that.

If you'd like to watch an early episode, you can see one here.

I have a lot more to share about early tv, but I'll save some for next time!  What were your favorite shows when you were a kid?
#dickclark #family history #geneabloggers #genealogy #ortburgene #TBT #throwbackthursday americanbandstand childhood tv family history family history blog genealogy genealogy blog winkydink