January 19, 2015
In thinking about choosing a "tough woman" in my ancestry, I didn't have to look far.  Hands down, it was my maternal grandmother, Sophie Bertha Marie Langer.

Sophie Langer was born on April 11, 1886 in Geestendorf, Bremerhaven, Germany.  Her parents were Maximilian Langer, a chimney sweep, and Christiane Wilhelmine Luise Bellmer Schulze.  At the time of her birth, the first-born of three girls, her mother was 27 and her father, 46.  Her sisters were Martha Johanna (known as Hanni, b. 1890) and Rosa Frieda Lina (known as Lina, b. 1893).  During her life, they lived in various places around the Bremerhaven area. 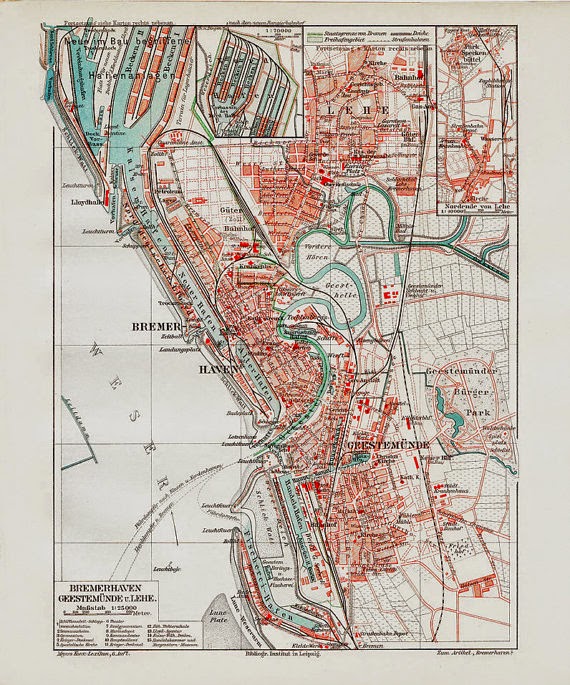 
In 1896, Maximilian Langer died; Wilhelmine (as my great-grandmother was known), was left a widow at 37 with three young daughters.  My grandma Sophie was 10 at that time; Hanni and Lina were six and three.  At some point later, she married a locksmith named Wilhelm Boesel, though I know little about that union.  Still, in the intervening time, it must have been difficult, because the family was far, far from wealthy, and they certainly didn't inherit anything upon Max Langer's death.   (You can read the story of Max Langer here,  here and here.)

As Sophie grew up, she learned all the womanly arts:  cooking, sewing, crocheting, knitting, and so on.  Her mother must have been an excellent teacher and model, because my grandma did those things so perfectly.  But she used to say that if you created something too perfect, you could be accused of trying to be like God, so she would intentionally put a mistake into everything she made.  (She's the only person I ever knew who would deliberately put a mistake in something; me, I have to work so hard to get rid of all the mistakes I make in any needlework!) 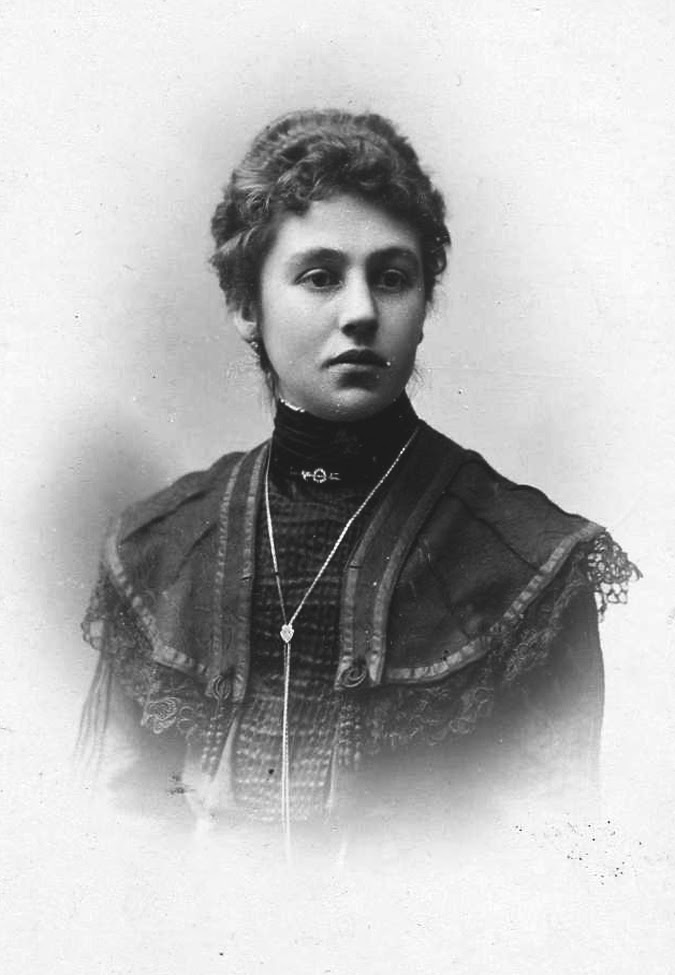 Sophie Langer as a young woman.  I'm sure she made the dress.

Some time around 1905 or so, she met the man she would marry, Gustav Berneburg of Hannover.  Gustav was a good-looking man, two years older, and already established with the North German Lloyd company, as a machinist on ocean liners.  During the time they courted, she must have worked in a store, because she is listed on their marriage record as "Verkauferin (sales clerk) Sophie Bertha Marie Langer."  They married on September 11, 1909, in Geestemuende, Bremerhaven.  I have a beautiful tintype of them as a married couple, but as it's framed, I can't scan it, unfortunately.

Their marriage was not an easy one.  My grandfather was a hard man, one who abused his children.  My mother told me of legendary fights the two of them had, after which neither one would speak to the other for two weeks.  I'm sure whatever Gustav gave, Sophie gave right back, because she was no shrinking violet -- I know she stood up for herself.  This is one of my favorite pictures of her, looking fierce --

I wonder. if they lived in the late 20th century instead of the early 20th century, would they have divorced?  I don't know.  But they stayed married for 43 years, until my grandfather's death in 1952.  She outlived him by 29 years, passing away in 1981.

She was not an easy mother.  Born when Sophie was 40, my mother had to deal with parents who were not only old, but from the old country -- the family emigrated to the United States when my mother was three.  They didn't always understand how the new country worked -- my mother would ask to sleep over at another girl's house, and my grandmother would say, "You have your own house, why do you need to sleep at someone else's?"  She was not outwardly affectionate; my mother said that in her entire life, Sophie never said "I love you" to her.  It wasn't part of her culture or nature to be warm and fuzzy with  her children.

For about 15 of those years, she lived with us.  While I'm sure it was hard for my parents to have a mother and particularly a mother-in-law in the house, we children loved having our grandma, and we had a different relationship with her than our mother did.  My mother had determined to be much more openly affectionate with her children, and "I love you" was often said in our house.  But when we said "I love you, Grandma," she would ask my mother, "Why do they say that?"

Still, she was warm, in her way, and she could make peppermints appear out of her bosom, cook us food we loved, make her false teeth pop out, and entertain us with her stories of the past.  And I recently found a letter she wrote to me when I'd moved away, which she signed, "Your loving grandma."

Why do I say she was tough?

1.  She surely had to grow up fast when her father died.  If her mother had to work or take in work, Sophie undoubtedly was in charge of her younger sisters.

2.  She was a businesswoman; in the 1930's she opened a store in New York City that carried beads and such.

3.  She endured a long marriage to a difficult man.   She was a single parent off and on for many years, while Gustav traveled back and forth on ocean liners, and for several years after he emigrated to the United States alone.

4.  She didn't put up with a lot of foolishness or incompetence.  When I was 7 or so and learning how to sew a hem, she had no patience with my fumbling attempts -- she would rip out the stitches and make me do it again.

5.  She lived to the age of 96 with all her faculties and abilities -- for the Bicentennial in 1976, she knit a big American flag that adorned the wall of her nursing home.

Tough or not, we loved our Grandma Sophie, and we miss her very much. I’m sure she’s up in heaven, crocheting slippers to keep the angels’ feet warm.