January 17, 2015
A week or two ago, my (only first) cousin told me she had a little old book that she couldn't make heads or tails of, but she could see the word "Geestemuende," where our family lived, and 1910 and 1926, the dates of her father's and my mother's births. 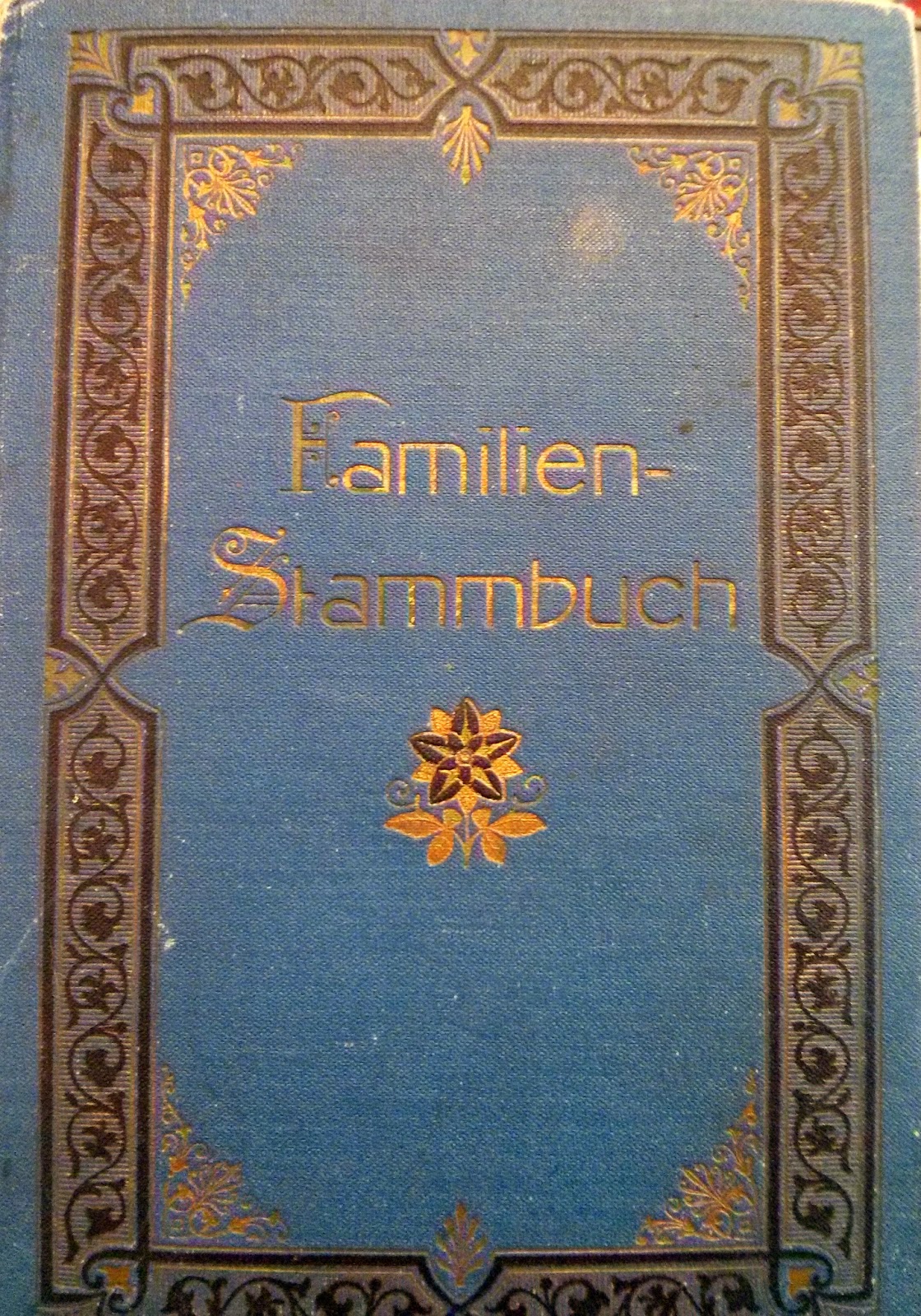 For those who don't know, a "Familien-Stammbuch" is a civil family register.  What I received was an original document containing my grandparents' marriage certificate and the record of each of their children's births. 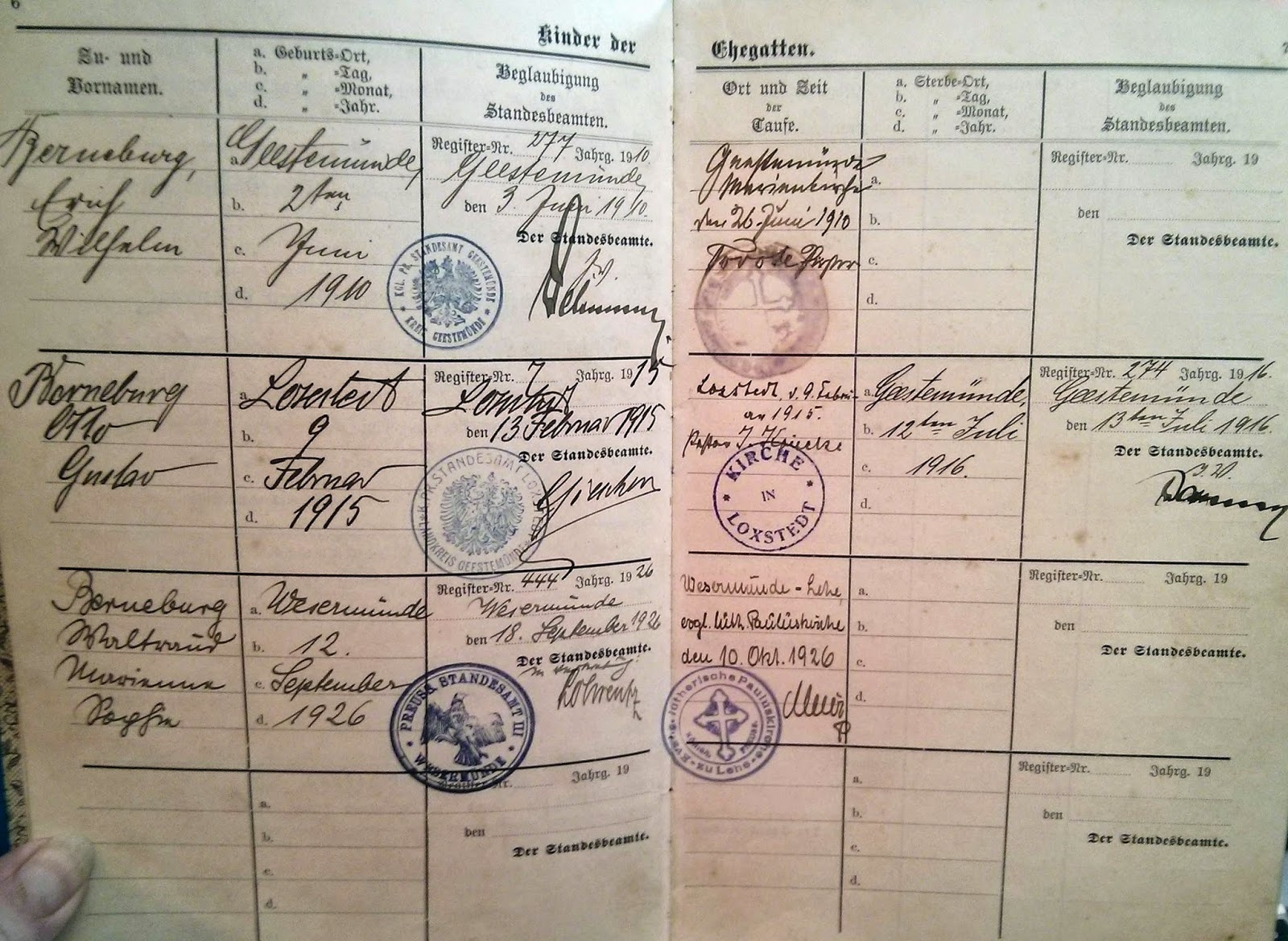 These were original copies of documents I'd been trying to get for years -- long ago, a member of an email list in Bremerhaven volunteered to go to the archive for me and look these exact things up.  He did in fact go and sent me scans of the documents, but the scans were so bad that they were virtually illegible.  The gentleman was in his 80's, and when I asked whether he could re-scan the documents and re-send them, he just didn't respond, and I was reluctant to pursue it.

But here now are the very documents, in my hands.  While much of the information is not new, one thing stood out -- the stamps reveal the churches in which my mother and uncle were baptized.  This is amazing information, because again I've been trying for a long time to figure out which church in Bremerhaven was the right one.  Knowing now, I had the pleasure of watching a video that had historic photographs from the Pauluskirche in Wesermuende.