October 03, 2015
It's Saturday night again, and Randy Seaver over at Genea-Musings has given us the following assignment:

What was your very "Best Genealogy Day Ever?"  It might be the day you solved a thorny research problem, or spent the day at a repository and came away with more records than you could imagine, or the day you met a cousin or visited an ancestral home.

Boy, this is a tough one.  Was it the day I finally discovered my great-grandfather's birthplace in Germany?  Or the day I learned why another great-grandfather died in a "lunatic asylum"?  I think I'll choose a more ordinary day, the kind of day that every genealogist knows well:  the day on which hours were spent viewing microfilms, a day on which I discovered much information about a particular branch of my family.

My great-grandfather, Maximilian Langer, posed a number of interesting problems.  He died far from his Bremerhaven home, in Goettingen, and after a number of attempts I was able to acquire his death certificate, which was a treasure trove.  Not only did it include the place of his birth, Oberglogau, Silesia, but also the names of his parents, Anton Langer and Barbara Kura.

Wanting to know more, I ordered a number of microfilms from Salt Lake City with records from Oberglogau.  When they arrived, I headed over to the local Family History Library, eager to see what I could find.

I found a lot!  Many hours later, I had tons of records photographed with my iPad: 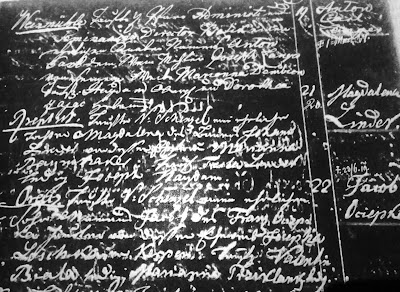 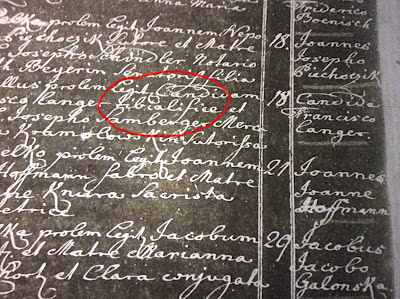 So many records for Langers!  After hours of watching microfilm spin by, I had a major headache and decided to head home to see what I had.  Looking at all my photos, I was able to begin to organize them into family groups: 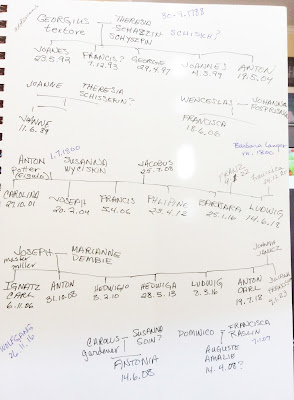 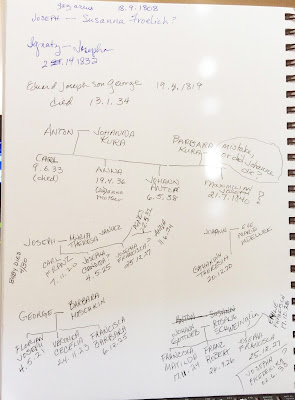 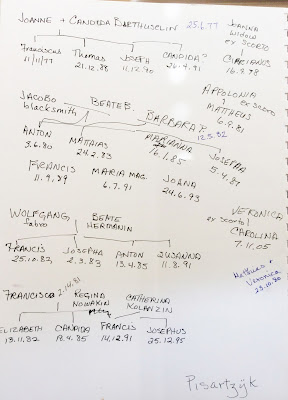 All in all, a great day, as far as I was concerned.  Genealogy involves a great deal of grunt work, and I put in my time on that day, coming out with some great results.  I guess some days were better in terms of sheer excitement, but I'm proud of the hard work I did and the treasures that I found.