April 27, 2016
I used to teach a class on memoir, autobiographical writing usually covering a limited part of the author's life.  One foundation of memoir is something called the Autobiographical Pact, which means, in essence, that the author offers to the reader the truth of his or her life, and the reader accepts it as such.  This is what differentiates autobiography from fiction; in fiction, no such pact exists, and both writer and reader accept the writing as not-truth. Sometimes readers will search for truths about the writer's life in fiction, but there's no guarantee that truth will be found, because no prior agreement exists, in the case of fiction.

I can demonstrate the Autobiographical Pact in action for you if I bring to mind the arc of publication of James Frey's 2003 book, A Million Little Pieces.  Marketed as a hard-hitting account of one man's descent into drug and alcohol addiction, his rehab experience and eventual recovery, the book had a mixed reception.  But when Oprah chose the book for her book club in 2005, sales skyrocketed and for 15 weeks it sat at number one on the New York Times best seller list.  All was well until January 2006, when it was revealed that much of the story was fabricated or altered from the initial experiences.  Though Frey maintained that the book was "the essential truth of my life," the book was branded as a "literary forgery" and Random House offered to refund the money of anyone who felt they had been defrauded by the book.  The book is now published with a statement of the author and the publisher as to its veracity, and it sits on the "fiction" rather than "non-fiction" shelves of many libraries. 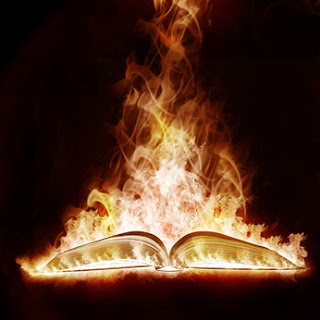 Why does it matter that Frey fictionalized parts of his book?  No one would have cared if he had presented it as a work of fiction from the get-go (in fact, he shopped the manuscript around as a novel but got no takers, so he began calling it a memoir).  Readers cared because they had bought into the autobiographical pact, believing the book to be true, and when it turned out to be fiction, they felt betrayed.

I've been thinking about lies and lying lately and the pact that humans have with one another that they will tell the truth, and that if they are caught out in a lie, the liar will feel shame and embarrassment and will "take it back," the lie, that is.   With the current U.S. presidential campaign, one candidate or another is accused of lying every day, it seems, but so far I haven't seen much shame and embarrassment when someone is caught out in a lie.  (That's politics, I guess.)  Should we have the same pact with candidates for high office?

How does this connect to genealogy?  Stick with me, here.  As miners of the past, as family historians, we inevitably come across lies of various kinds:  tall tales, embellishments, fudging of the truth, and so on.  A woman hides the fact that she's been married before and had a child.  A man gets a minister to drop his two little daughters off at an orphanage and say their father is dead.  Stories of descent from royalty are exposed as false (I feel badly when those people find out the truth on Genealogy Road Show).  We've all come across truths that contradict what the authorities -- our parents, our grandparents -- have told us.

Maybe these lies didn't cause any great harm.  Maybe these lies had a tremendously negative effect on people -- the lie certainly did in the case of the two little girls dropped off at the orphanage.  Maybe the lies were never discovered in their time.  But how do we feel when the lies are exposed?  Do we feel betrayed?  Do we wish we could confront that ancestor and make them set things to right?  Do we become complicit in the lie by not exposing it, so as not to hurt family still alive?  Or do we bring out the truth and set the record straight?  How do we decide?

How have you answered these questions or addressed these issues in your family tree?