April 20, 2016
I've never been able to visit an ancestor's grave.  The cemeteries where my grandparents and great-grandparents were buried don't exist any more, and my own folks, as is the custom nowadays, were cremated.  So when I realized that on my trip to New Mexico I would have the opportunity to visit a relative's grave, I knew I had to stop.

Joseph B. Ortman Jr. was a first cousin of my father, but one that he never knew, because his own father was estranged from his family.  I've written about Joseph and his family before; his life was not easy.  His mother was committed to a mental hospital and stayed there for 30+ years, until her death.  His father worked on the railroad, so he was often gone, and Joseph was left in the care of two older ladies with whom he and his father boarded.

Joseph had no siblings, and he neither married nor had children, so I wondered when, if ever, someone had visited his grave.  Because he had been in the Navy in WWII, he was entitled to be buried in a national cemetery, in Riverside, California.  I had the section and number of his grave, so I was all set to find him.

The cemetery itself is beautiful, with fountains, statues, and meticulously well-kept grounds.  It took a bit of driving around, but I found section 33 and set off to look for his marker. 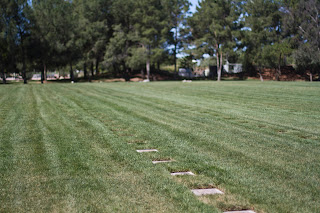 In this section there were well over 1,000 markers.  I started off with a map and the number of the marker, but when I looked at the numbers on the markers, they didn't make any sense to me in terms of the number I had.  So I walked down the rows for a while, and it seemed like they were in some kind of order of date of death (vaguely).  So I needed to walk back to the car, a long way, to look up on Ancestry what his date was.  At that point, I left the map in the car. 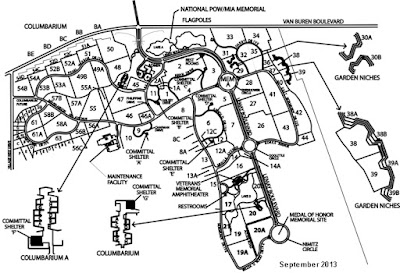 Looking for the dates turned out not to be an efficient way of going, because they were all mixed up.  But as I got farther back in terms of the dates, I realized that the numbers were beginning to correspond to the number I'd written on the map . . . which was back in the car.

So I hiked back to the car again.  I got the map and started back up the row where the numbers were high, and finally discovered the marker about 20 feet from where I'd been before.  Sigh. 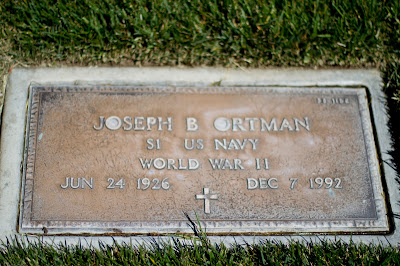 I sat down on the grass and began to talk to him, and I was completely taken aback with how emotional I became.  I literally watered his grave with my tears, telling him how sorry I was about his mother and how sorry I was that no one had ever been to visit him before, and so on.  I stayed quite a while and felt a strong connection to his spirit.

I wish I could visit other cemeteries, but this one proved a very moving experience for me.  I hope that by honoring him, he will rest a bit easier.  I hope that's so.